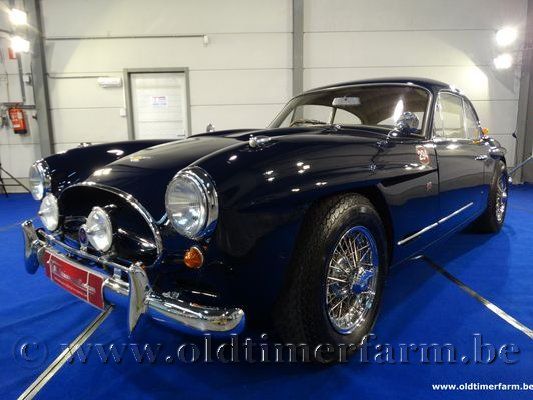 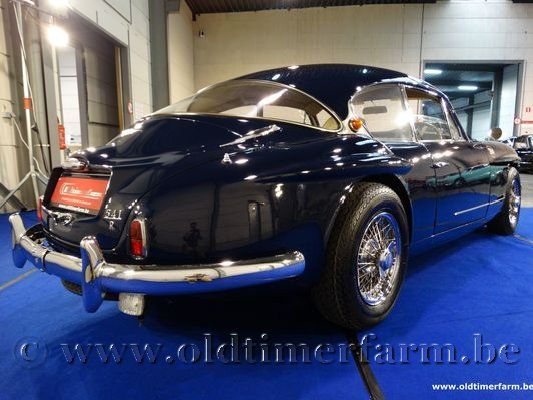 0032 472 40 13 38
MAIL US
VISIT US
FIND US AT EVENTS
Reference ch. 6011
Make Jensen
Model 541R Blue '60
Type coupe
Construction year 1960
KM 64711miles
Cilinder displacement 3990
Gears manual
Steering right hand drive
Jensen began as a small specialist coachbuilding operation run by brothers Richard and Alan Jensen. After the owner's death they bought the business of their employer, W.J. Smith & Son Limited of High Street West Bromwich later, in 1934, renaming it Jensen Motors. In early 1931 Smith's had set up a subsidiary operation under Richard and Alan Jensen, calling it Jensen Motors, specifically to build bodies for the new 6-cylinder Wolseley Hornet chassis. Smith's announced an open 4-seater and a lowered 2-seater in May 1931 both to be known as Jensen Wolseley Hornets. They later expanded to build exclusive customised bodies for standard cars produced by several manufacturers of the day including Morris, Singer, Standard, as well as Wolseley. In 1934 they were commissioned by American film actor Clark Gable to design and build a car for him based on a Ford V-8 chassis. The resultant car won them much acclaim and stimulated huge interest in their work, including a deal with Ford to produce a run of Jensen-Fords with Jensen bodywork with a Ford chassis and engine. In 1934 they also started to design their first true production car under the name White Lady. This evolved into the Jensen S-type which went into production in 1935. Production of cars ceased during the war years, but by 1946 a new vehicle was offered, the Jensen PW (a luxury saloon). Few were produced since raw materials were still scarce. Also in 1946 body designer Eric Neale joined the company from Wolseley and his first project was the more modern coupe which followed in 1950, named the Interceptor, which was built until 1957. In 1955, Jensen started production of Neale's masterpiece, the 541, which used the then-revolutionary material of fiberglass for its bodywork. The 541 was replaced by another Neale design, the CV8 in 1962, which replaced the Austin-sourced straight-6 of the previous cars with a 6 litre American Chrysler V8. This large engine in such a lightweight car made the Jensen one of the fastest four-seaters of the time. For its replacement, the Interceptor (launched in 1966), Jensen turned to the Italian coachbuilder, Carrozzeria Touring, for the body design, and to steel for the material. The bodyshells themselves were built by Vignale of Italy and later by Jensen. The same 383 cu in (6.3 L) Chrysler wedge-head powerplant was used in the earlier cars with the later cars moving to the 440 cu in (7.2 L) in engine. The Interceptor was offered in fastback, convertible and (rare) coupÃ© versions. The fastback was by far the most popular with its large, curving wrap-around rear window that doubled as a rear door. Related to the Interceptor was another car, the Jensen FF, the letters standing for Ferguson Formula, Ferguson Research being the inventor of the full-time all wheel drive system adopted, the first on a production sports car. Also featured was the Dunlop Maxaret anti-lock braking system in one of the first uses of ABS in a production car. Outwardly, the only differences from the Interceptor were four extra inches of length (all ahead of the windscreen) and a second row of air vents behind the front wheels. The small number of 320 FFs were constructed, and production ceased in 1971. Specifications Bodywork Length: cm (in): 447 (176) Width: cm (in): 1600 Height: cm (in): 135 Wheelbase: cm (in): 266 Weight: kg (lb): 1470 (3241) Mechanics. Displacement: straight six 3990 cc (244 cid), front-mounted Valve gear: 12 Fuel system: 3 SU carburettors Gearbox: 4-speed manual Driven wheels: rear-wheel drive Maximum power: 152 hp at 4100 rpm Maximum torque: 308 Nm at 2400 rpm Maximum speed: 206 km/h ( 128 mph)
Read more