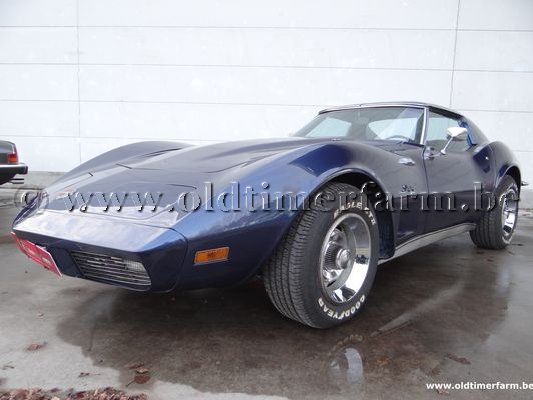 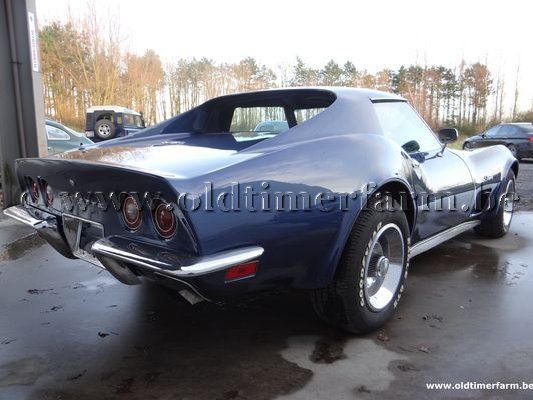 The third generation Corvette, patterned after the Mako Shark II concept car, was introduced for the 1968 model year and lasted until 1982. C3 coupes featured the first use of T-top removable roof panels and were sold in record numbers despite changes due to EPA regulations and the gas crisis of the 1970s. It introduced monikers that were later revived, such as LT-1, ZR-1, and Collector Edition. The Corvette's 25th anniversary was celebrated in 1978 with a two-tone Silver Anniversary Edition and an Indy Pace Car replica edition. It was the first time that a Corvette was used as a Pace Car for the Indianapolis 500.
Styling changed subtly over the generation until 1978 for the car's 25th anniversary. The Sting Ray nameplate was not used on the 1968 model but Chevrolet still referred to the Corvette as a Sting Ray, and 1969 (through 1976) models used the "Stingray" name as one word, without the space. In 1970 the body design was updated including fender flares, and interiors were refined including redesigned seats. Due to the government regulation, the 1973 Corvette's chrome front bumper was changed to a 5-mile-per-hour (8 km/h) system with a urethane bumper cover. The optional wire-spoked wheel covers (left) were offered for the last time in 1973.