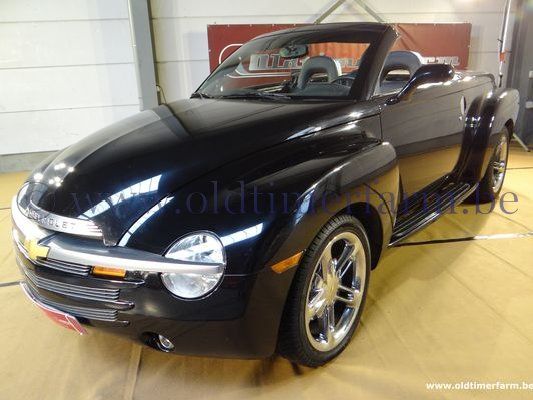 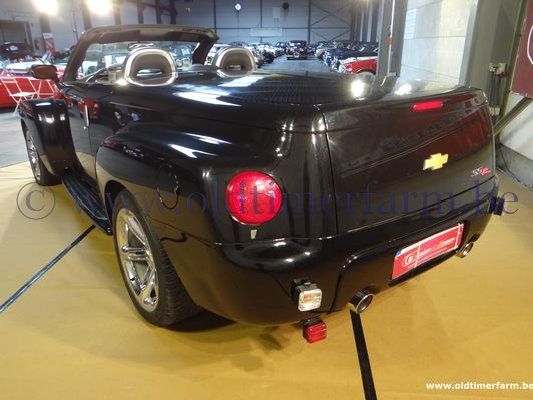 The Chevrolet SSR (Super Sport Roadster) is a retractable hardtop convertible pickup truck manufactured by Chevrolet between 2003 and 2006.
The truck was based on the long-wheelbase Chevrolet TrailBlazer EXT's platform, and featured "retro" styling and a steel retractable hardtop designed by ASC. The production model was based on the SuperSport Roadster concept car shown at the 2000 Detroit Auto Show. An early-production SSR was the pace car for the 2003 Indianapolis 500 auto race.
The 2003 and 2004 models used General Motors' Vortec 5300 engine, a 5.3 L 300 hp V8. Performance was 7.7 s to 60 mph (97 km/h) with a 15.9 s/86.4 mph quarter mile run. The 2005 SSR used the 390 hp (291 kW) LS2 V8 also found in the C6 Corvette and Pontiac GTO, and also offered a manual transmission (the six-speed Tremec) for the first time, as an option. For the 2006 model year, the LS2 engine featured minor modifications that boosted its output to 395 hp (automatic transmission) and 400 hp (manual transmission), respectively. In addition, GM badges were added to the vehicle.
The SSR was introduced for its market debut in a 60 second television advertisement that first appeared on New Year's Eve 2003, created by the firm of Campbell-Ewald, directed by Michael Bay and featuring the song Magic Carpet Ride by Steppenwolf. The advertisement was titled "An American Revolution, Car Carrier" and featured six yet to be introduced cars and trucks boarding a car carrier as it traversed the United States. It featured the Aveo descending the Twin Peaks of San Francisco and making an airborne leap highly reminiscent of Steve McQueen's Ford Mustang in the movie Bullitt, before boarding the car carrier, to the yellow SSR boarding the carrier in reverse while the carrier is traveling down a desert highway.