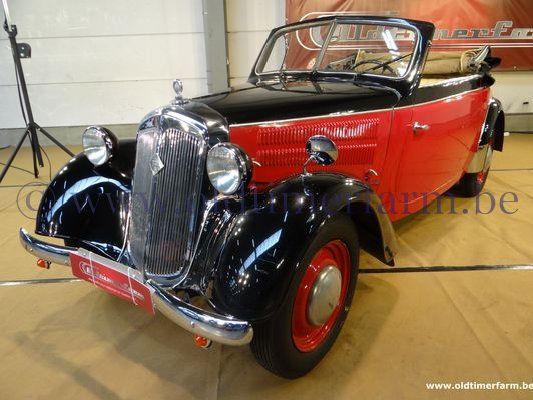 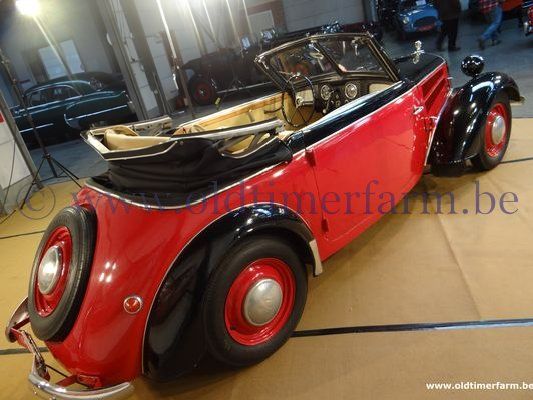 The DKW F8 compact front-wheel drive two-stroke engined saloon was introduced by in 1939. The F8 was slightly shorter than its predecessor despite having a marginally increased wheelbase. The base model, known as the Reichsklasse, was manufactured only till 1940 but the Meisterklasse sedan continued in production till 1942. In addition to the saloons, cabriolet (saloon and coupé) versions were offered.
The "F" in the car's name stood for "Front" which referred to its front wheel drive configuration. Although in retrospect it is almost always identified as the "F8" which distinguishes it from the "F7" which preceded it and from the "F9" which was intended to replace it, the manufacturer's publicity material from 1939 calls it simply the "DKW Front".
After the war the car reappeared in 1949 as the IFA F8, from the Zwickau plant which now operated under Soviet control. The factory and operation was reorganized as a Volkseigener Betrieb (or "People Owned Enterprise") Automobilwerke Zwickau (AWZ). The F8 continued in production at Zwickau until approximately 1955: in addition to the sedan and cabriolet bodies, various additional body types available post war included a delivery van and estate variant.