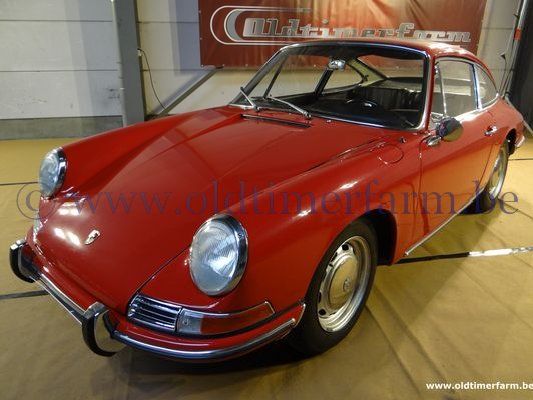 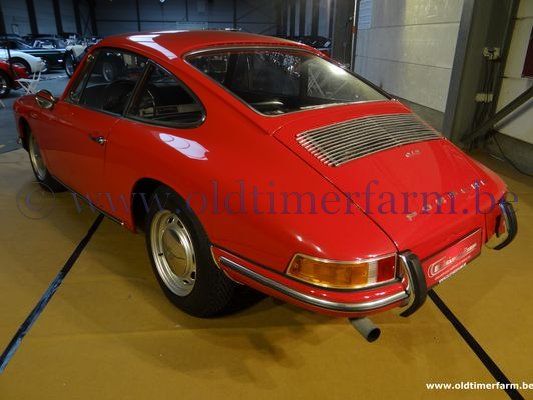 The Porsche 912 is a sports car that was manufactured by Porsche of Germany between 1965 and 1969 as their entry-level model. The 912 is a nimble-handling compact performance four-seat vehicle, delivering 90 SAE horsepower at 5800 rpm. It is capable of up to 30 miles per US gallon (7.8 L/100 km; 36 mpg-imp) fuel economy. This combination is possible because of a high-efficiency petrol engine, low weight, and low drag. A variant of the Type 911, one of the most famous and successful sports cars of all time, the Type 912 initially outsold the 911, boosting the manufacturer's total production until success of the 911 was assured.
Concerned that the considerable price increase of a Type 911 with "flat" six-cylinder powerplant over the Type 356 would cost the company sales and narrow brand appeal, in 1963 Porsche executives decided to introduce a new four-cylinder entry-level model. Like the 911 (original internal factory designation "901"), the four-cylinder 912 was originally known at Zuffenhausen by a number with a zero in the middle, but the "902" designation was never used publicly. ("912" as project number was used after 1968 to indicate the 12 cylinder flat-engine developed for Porsche 917 racing car).
Porsche had constructed more than 32,000 of the Type 912 from April 1965 to July 1969. For the 1970 model year the four-cylinder 914 superseded the 912 as Porsche's entry-level model, which Porsche had thought would be less expensive for them to manufacture and sell than the 912. In practice, a deterioration in relationships between Porsche and Volkswagen - who had designed and planned to manufacture the 914 - severely curtailed the intended cost reduction, and 914 production was discontinued in early 1976.
After a six-year absence, the 912 was re-introduced to North America as the 1976 model year 912E (internal factory designation 923) which shared the "G-Series" bodywork with the 911S. The "Prototyp" Museum collection in Hamburg, Germany includes a 912E preseries vehicle constructed utilizing a 911 Chassis No. 911 520 1617 and four-cylinder VW-Porsche 90HP 2.0L Type 4 similar to the late-model 2.0L 914/4. Once in production, the 912E was powered by an 86 bhp 2.0 L Volkswagen air-cooled engine, refined with a new Bosch L-Jetronic (Air Flow Controlled) fuel injection system. The 912E occupied the entry-level position left vacant by the discontinuation of the 914, while the new 924  another Porsche-Volkswagen joint effort vehicle and the 914's official replacement  was being finalized and put into production. During the production run of May 1975 to July 1976, Porsche manufactured nearly 2,100 of the 912E, targeted to the United States market.