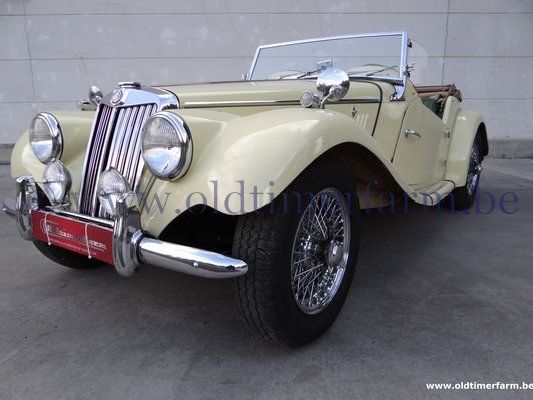 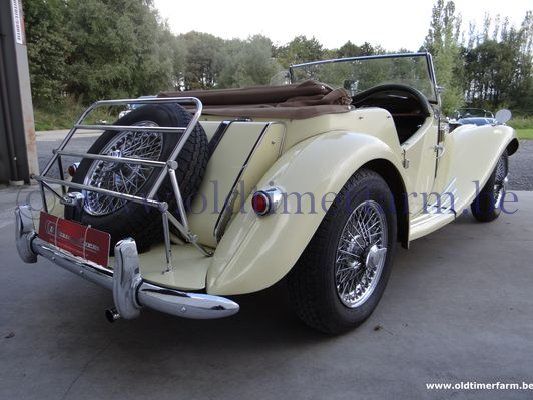 The MG T series of cars (including the TA, TB, TC, TD, and TF) was a basic body-on-frame convertible sports car produced from 1936 through to 1955. It was replaced by the MGA.
The TF was essentially a stop-gap car to keep production going until the new MGA could be approved for production by the BMC hierarchy which did not want a car that would compete with the newly-announced Austin-Healey. The TF launched in 1953 was a facelifted TD, fitted with the TD Mark II engine, a sloping radiator grille and the headlights in the wings. The external radiator cap was now a dummy as a pressurised cooling system was fitted to better cope with hot climates.
In 1954 the engine was re-designated XPEG and enlarged to 1466 cc by increasing the bore to 72 mm (2.8 in) giving 63 bhp (47 kW) at 5,000 rpm and the car was designated the "TF1500".
Production ended on 4 April 1955 after 9,602 TFs were made, including two prototypes and 3,400 TF1500s. The TF was superseded by the MGA.
The TF name was reused in 2002 on the mid-engined MG TF sports car.