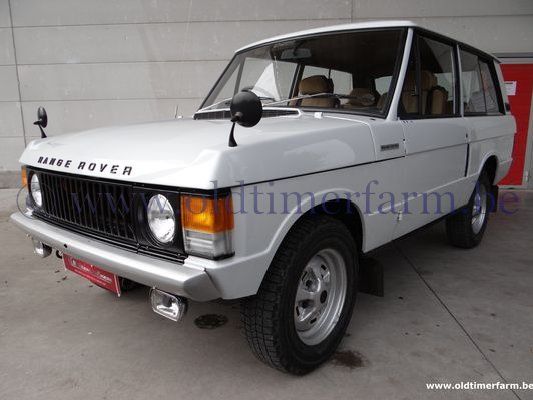 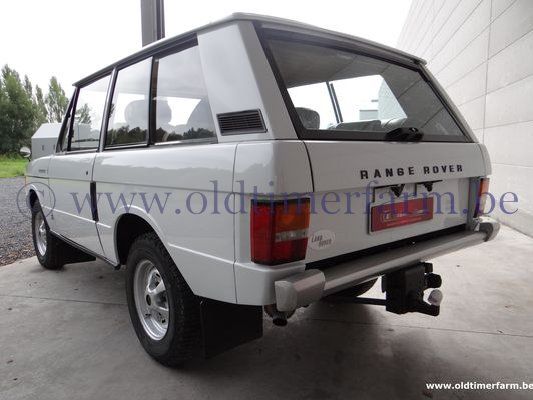 The Range Rover is a large luxury four-wheel drive sport utility vehicle (SUV) produced by British car maker Land Rover, a subsidiary of Jaguar Land Rover, and serves as its flagship model. The model, launched in 1970, is now in its fourth generation. Range Rover is also being developed by Land Rover as its premium brand, and it is used as a brand name on two other models  the Range Rover Evoque and the Range Rover Sport.
The first-generation Range Rover was produced between 1970 and 1996.
Unlike other 4x4s such as the Jeep Wagoneer, the original Range Rover was not designed as a luxury-type vehicle. While certainly up-market compared to preceding Land Rover models, the early Range Rovers had fairly basic, utilitarian interiors with vinyl seats and plastic dashboards that were designed to be washed down with a hose. Convenience features such as power steering, carpeted floors, air conditioning, cloth/leather seats, and wooden interior trim were fitted later.
The Range Rover was a body-on-frame design with a box section ladder type chassis, like the contemporary Series Land Rovers. The Range Rover utilised coil springs as opposed to leaf springs, permanent four-wheel drive, and four-wheel disc brakes. However, from the third generation a monocoque body structure has been used. The Range Rover was originally powered by the Rover V8 engine. Later models were powered by a 4.4 L BMW V8, until the introduction of a 3.6 litre TDV8 engine.
Originally, the Range Rover was fitted with a detuned 135 hp (101 kW) version of the Buick-derived Rover V8 engine. In 1984, the engine was fitted with Lucas fuel injection, boosting power to 155 hp (116 kW). The 3.5 litre (3,528 cc) engine was bored out to a displacement of 3.9 litres (3,947 cc) for the 1990 model year, and 4.2 litre (4,215 cc) in 1992 (1993 model year) for the 108-inch Long Wheelbase Vogue LSE (County LWB [long wheelbase] in North America). One of the first significant changes came in 1981, with the introduction of a four-door body. Shortly after they introduced twin thermo fan technology to reduce significant overheating problems 1970s models experienced in Australia. In 1988, LR introduced a durable 2.4 litre turbodiesel (badged Vogue Turbo D) arrived with 112 bhp (84 kW), manufactured by Italian VM Motori. The same engine was also available in the Rover SD1 passenger car. The diesel project was codenamed project Beaver. During the project, 12 world records were broken, including the fastest diesel SUV to reach 100 mph (160 km/h), and the furthest a diesel SUV has travelled in 24 hours. In 1990 project Otter was unvieled. This was a mildly tuned 2.5 litre, 119 bhp (89 kW) version of the 'Beaver' 2.4. In 1992, Land Rover finally introduced their own diesel engines in the Range Rover, beginning with the 111 bhp (83 kW) 200TDi, first released in the Land Rover Discovery and following in 1994, the 300 TDi, again with 111 bhp.
The first generation model was known as the Range Rover until almost the end of its run, when Land Rover introduced the name Range Rover Classic to distinguish it from its successors.