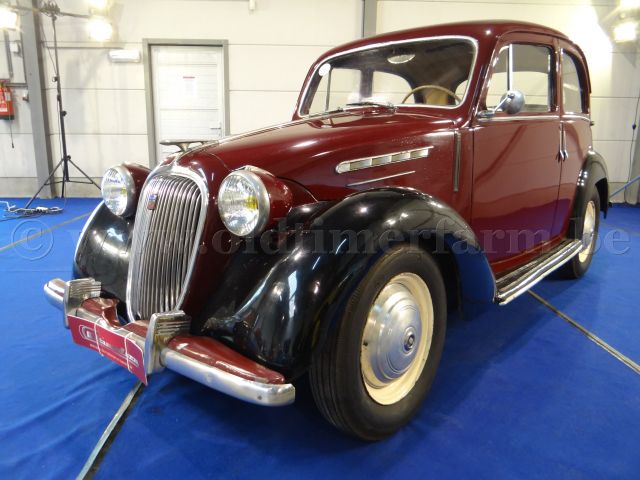 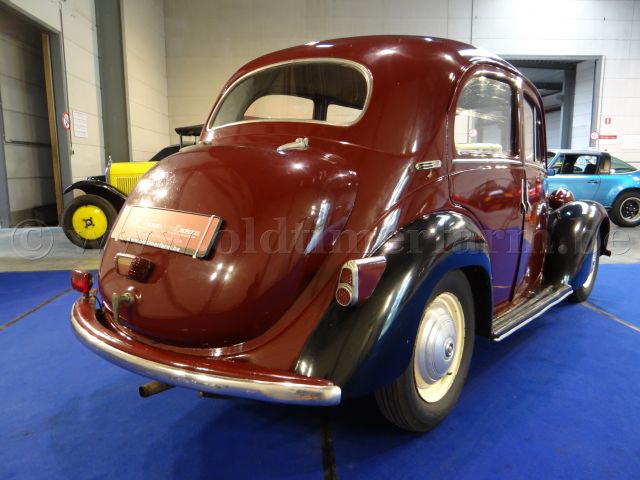 The Simca 8 was a French car built between 1938 and 1951 (including wartime), available as a sedan, coupÃ© or cabriolet. It was a rebadged Fiat 508C "nuova Balilla" made at Fiat's Simca plant in Nanterre France.
Although coupÃ©, cabriolet and after 1948 station wagon versions were listed, these were all substantially more expensive than the berline(sedan): virtually all the cars sold were Simca 8 Berlines, which early in 1947 was priced at 330,000 francs against 420,000 francs for the cabriolet.[1] (The slightly longer but slightly slower competitor from Peugeot, the 202 was priced at 303,600 francs which included a sun roof at no extra cost.
Over the course of a few years the Simca 8 underwent some grille changes, and other minor upgrades.
The car was appreciated for its blend of lively performance and reasonable fuel consumption.Â  For most of the time its principal competitor was the Peugeot 202, and after, Peugeot moved half a market segment up, at the end of 1948 replacing the Peugeot 202 with the larger 203, sales of the Simca 8 held up impressively even though the Simca was itself by now clearly nearing the end of its production run. In 1948 the Simca 8 was Simca's top seller, with approximately 14,000 sold, almost all of them saloons/sedans.Â Â  Two years later, in its penultimate year, the car was being produced at an even higher rate. The principal complication arose from the fact that the car was in most respects a badge engineered Fiat, which compromised its export potential at a time when government and the state of the economy were demanding heroic export effort from France's leading auto-makers.
The French car market in the early 1950s was concentrated, with just three models between them accounting for two thirds of domestic sales in 1950. Nevertheless, as the fourth best selling car of 1950 the Simca 8 with unit sales of 17,705 in that year achieved a respectable 10.2% market share.