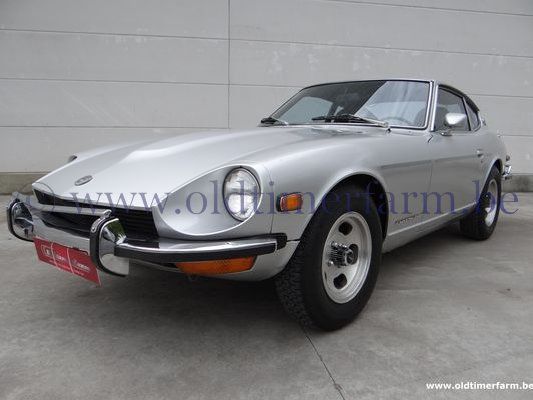 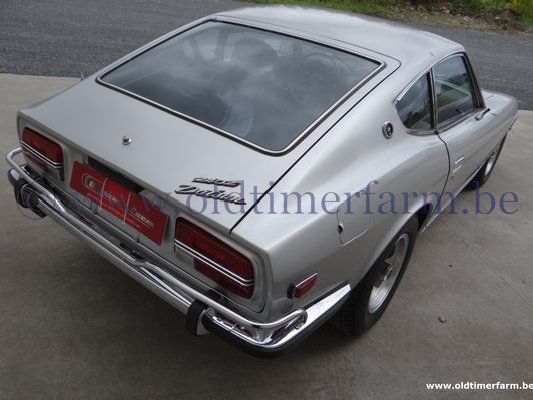 The Nissan S30 (sold in Japan as the Nissan Fairlady Z and in other markets as the Datsun 240Z, then later as the 260Z and 280Z) was the first generation of Z GT two-seat coupe, and later (beginning in the 1974 model year) also 2+2 hatchbacks produced by Nissan Motors, Ltd. of Japan from 1969 to 1978. It was designed by a team led by Mr. Yoshihiko Matsuo, the head of Nissan's Sports Car Styling Studio. HLS30 was the designation of the left-hand drive model and HS30 for the right-hand drive model.
All variants had a 4-wheel independent suspension consisting of MacPherson struts in front (borrowed from the Nissan Laurel C30) and Chapman struts in back. Front disc brakes and rear drums were standard.
The 240Z and 260Z used twin, variable venturi Hitachi one-barrel side-draft SU-like carburetors. The carburetors were changed beginning with model year 1973 to comply with emissions regulations, but the earlier carburetors were far superior for performance. Fuel injection (L-Jetronic electronic fuel injection, designed by Bosch) was added for the 280Z in 1975 for the US. This was primarily in order to cope with the difficulty faced in getting enough power using carburetors while still meeting US emissions regulations.
Due to its relatively low price compared to other foreign sports cars of the time (Jaguar, BMW, Porsche, etc.), it became popular in the United States and was a major success for the Nissan Motor Corporation, which at the time sold cars in North America under the name Datsun. The 240Z also broadened the image of Japanese car-makers beyond their econobox success.
Continuing through the 19751978 model years, other non-USA markets still received the 260Z coupe and the 260Z 2+2 hatchback  the two-door, four-seat model. The S30 240Z is essentially unrelated to the later 240SX, which is sold as the Silvia in Japan, although initial advertising for the 240SX mentioned the S30.
The 1970 240Z was introduced to the American market by Yutaka Katayama, president of Nissan Motors USA operations, widely known as Mr. K. The 1970 through the mid-1971 model year 240Z was referred to as the Series I. These early cars had many subtle but notable features differing from later cars. The most easily visible difference is that these early cars had a chrome "240Z" badge on the sail pillar, and two horizontal vents in the rear hatch below the glass molding providing flow through ventilation. In mid-1971, for the Series II 240Z cars, the sail pillar emblems were restyled with just the letter "Z" placed in a circular vented emblem, and the vents were eliminated from the hatch panel of the car. Design changes for the U.S. model 240Z occurred throughout production, including interior modifications for the 1972 model year, and a change in the location of the bumper over-riders, as well as the addition of some emission control devices and the adoption of a new style of emissions reducing (and performance compromising) carburetors for the 1973 model year.
The 1970 models were introduced in October 1969, received the L24 2.4-liter engine and a 4-speed manual. A less common 3-speed automatic transmission was optional from 1971 on, and had a "Nissan Full Automatic" badge.
In 1973, the 240Z, in the hands of Shekhar Mehta, won the 21st East African Safari Rally.
In 2004, Sports Car International named this car number two on the list of Top Sports Cars of the 1970s.
Specifications
Bodywork
Length : cm (in): 414 (163)
Width : cm (in): 163 (64)
Height : cm (in): 128 (50.5)
Wheelbase : cm (in) : 230 (90.7)
Weight: kg (lb) : 1044 (2302)
Mechanics.
Displacement : straight-six 2393 cc (146 ci)
Valve gear : 12
Fuel system : 2 SU carburettors
Gearbox : 4-speed, manual
Driven wheels : rear-wheel drive
Maximum power : 163 bhp at 5600 rpm
Maximum torque : 198 Nm at 4400 rpm
Top speed : 204 km/h (127 mph)