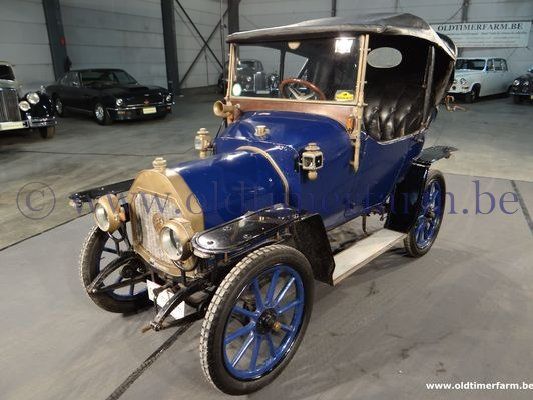 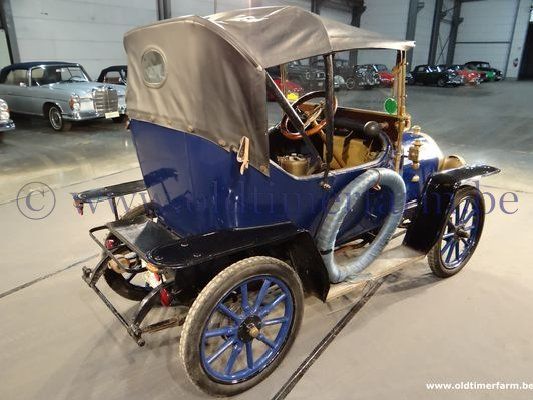 Le Zèbre is a French make of car built between 1909 and 1931 in Puteaux, Seine. The company was founded by Jules Salomon who had been with Georges Richard with finance from Jacques Bizet, son of Georges Bizet the composer. The make historian is Philip Schram who wrote the book "l'Epopee de la societe Le Zebre".
Julius Solomon was a young graduate of the School of Commerce and Industry in Bordeaux, and began his career at Rouart Brothers who were engine makers. He later moved to Georges Richard where he met Jacques Bizet.
In 1909, Solomon developed his first car, the type A. This design proved very economical to manufacture selling for 3 000 francs, or 1 000 F less than competitors. The wheelbase was 71 inches. The two friends decided not to give their names to the car instead opting to call it "Le Zèbre" (The Zebra), which was originally a nickname given to a clerk of their former employer. In 1911 the company was registered as "Société anonyme des automobiles Le Zèbre". Originally, the frames were built by Paquis Works and some were equipped with engines manufactured nearby in Saint-Denis Paris by Aster in single, twin or four cylinder configurations.
Car making continued through the First World War. In 1915, the Ministry of War placed an order for 40 cars per month and also for the supply of various military parts.
Unfortunately, the car had many problems, including the engine and gearbox cast as one unit, allowing engine oil to seep into the clutch which would have to be drained often, axles breaking every 200 miles(322km), and the fact that it could loose wheels while on the road.
In 1917 the two founders split up. Jules Solomon left the company and met André Citroën, the then director general at Mors. Jacques Bizet remained with Le Zèbre. The company was not as successful as it had been before the war. In 1924 the Type Z was announced with engine designed with help from the English engineer Harry Ricardo, known in the automotive world for his studies of combustion systems. It did not however sell in the expected numbers and faced with this new failure, the company closed in 1931.