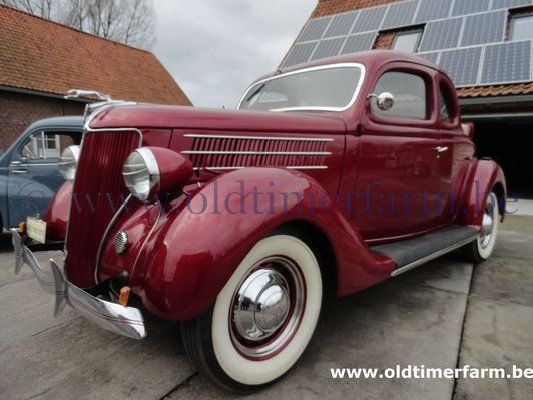 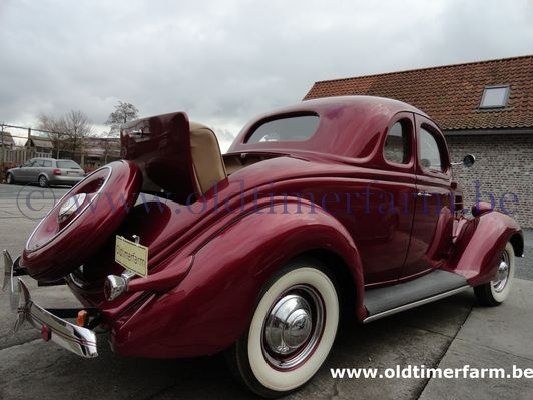 In late 1929, Henry Ford, considering the production of his own V8 engine, instructed engineer Fred Thoms to acquire as many available eight-cylinder engines as possible. At that time, most of the eight-cylinder engines were found in high-end automobiles such as LaSalle, Cadillac and, acquired by Ford in 1922, Lincoln. Ford intended to study the design of the engines and use his research to develop a cost effective V8 that could be mass-produced.
From first impression, the 1932 Ford may have seemed like a warmed-over Model A, but upon closer inspection it became apparent that this was a new design from the grille to the rear bumper. With a lower stance and tasteful sleek lines, the new V8 Model 18 was undoubtedly the best looking car Ford had produced to date. With the promise of performance, combined with styling cues reminiscent of the luxurious Lincoln, and all at a cost that reflected a car more common, the 1932 Ford was a hit with the public.
It wasnât long after the 1932 Fordâs debut that extensive problems with the Flathead V8 became apparent. Overheating and block cracking were common. The new Ford Flathead V8 had a reputation for consuming oil, and nearly every component of the engine experienced some failure or issue. Of the first 2,000 engines produced, almost all of them needed to have their camshafts and valve components replaced. Swamped with Flathead V8 failure issues, Ford began installing the readily available, refined 4-cylinder Model B engine into many of the early 1932 cars. Perhaps the result of bringing the engine into production without adequate testing and development, the issues with the Flathead V8 would unfortunately have to be solved by way of customer complaint.
Despite Fordâs initial growing pains with the new engine, the production of an affordable single cast Flathead V8 engine remains one his most significant achievements, and would create ripples throughout the auto industry in the years that followed. In time, the Ford Flathead V8 would become a favorite with hot rodders and to this day, the 1932 Ford, or âDeuce,â in all its forms, from full fendered five window coupe to unhaltered highboy, is considered by many to be the definitive hot rod.
Specifications.
Wheelbase : 269 cm (106 in). front-mounted engine : V8 3622 cc (221 ci), 65 bhp at 3400 rpm.