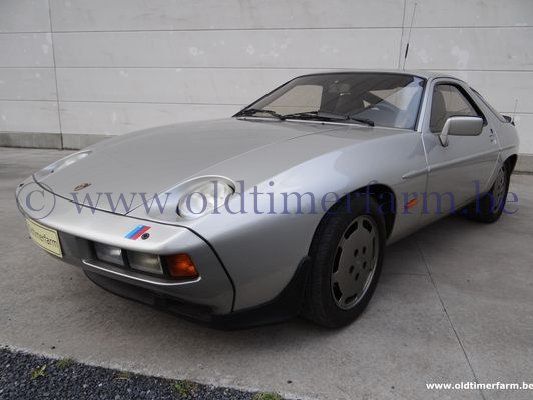 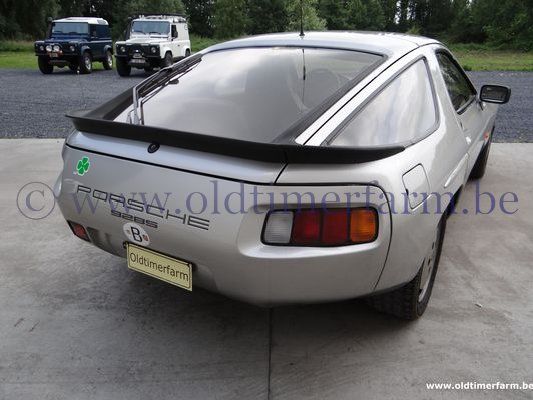 (from Wikipedia, the free encyclopedia) The Porsche 928 is a sports-GT car that was sold by Porsche AG of Germany from 1978 to 1995. Originally intended to replace the company's iconic 911, the 928 combined the power, poise, and handling of a sports car with the refinement, comfort, and equipment of a luxury sedan to create what some Porsche executives thought would be a vehicle with wider appeal than the compact, quirky and sometimes difficult 911.
Since its inception in 1949, Porsche has manufactured only six front-engined models, four of which were coupes, including the 928. The car has the distinction of being the company's only coupe powered by a front-mounted V8 engine, and the company's first mass-produced V8 powered model.
By the late 1960s, Porsche had changed significantly as a company, and executives including owner Ferdinand Porsche were playing with the idea of adding a luxury touring car to the line-up. Managing Director Ernst Fuhrmann was also pressuring Ferdinand to approve development of the new model in light of concerns that the current flagship model at the time, the 911, was quickly reaching its maximum potential where it could soon no longer be improved upon. Slumping sales of the 911 seemed to confirm that the model was approaching the end of its economic life cycle. Fuhrmann envisioned the new range-topping model as being the best possible combination of a sports coupe and a luxury sedan, something well equipped and comfortable enough to be easily driven over long distances that also had the power, poise and handling prowess necessary to be driven like a sports car. This set it apart from the 911, which was a pure sports car.
Ordered by Ferry Porsche to come up with a production-feasible concept for his new model, Fuhrmann initiated a design study in 1971, eventually taking from the process the final specs for the 928. Several drivetrain layouts were considered during early development, including rear and mid-engined designs, but most were dismissed because of technical and/or legislative difficulties. Having the engine, transmission, catalytic converter(s) and exhaust all cramped into a small rear engine bay made emission and noise control more difficult, something Porsche was already facing problems with on the 911 and wanted to avoid. After deciding that the mid-engine layout didn't allow enough room in the passenger compartment, a front engine/rear wheel drive layout was chosen. Porsche also may have feared that the U.S. government would soon ban the sale of rear-engined cars in response to the consumer concern over safety problems with the rear-engined Chevrolet Corvair. The Corvair's alleged safety issues were famously detailed in the book Unsafe at Any Speed by consumer advocate Ralph Nader.
Porsche engineers wanted a large-displacement motor to power the 928, and prototype units were built with a 5.0 L V8 producing close to 300 hp (220 kW). Ferdinand Piëch wanted this car to use a 4.6 liter V10 with 88 mm bore spacing based upon Audi's five-cylinder engine. This five-cylinder is a derivative of the Volkswagen Golf EA827 engine, basically a four with another cylinder added. Several members of the Porsche board objected; their official objection was because they wanted Porsche AG to maintain some separation from Volkswagen. The possible reason was that they didn't want their crowning car to be powered by a variant of the lowly VW Golf engine. Interestingly, this same proposed engine [albeit with greater displacement] was eventually built and installed in a production sports car the Lamborghini Gallardo. To this day, no Porsche has ever used an EA827-based engine. Until 2011 they used a version of the VW VR6 engine in the Cayenne [955], but that motor is not related to the EA827 design.
The first two running prototypes of Porsche's M28 V8 used one four-barrel carburetor, but this was just for initial testing. The cars were sold with the planned Bosch K-Jetronic fuel injection system. When increasing concern within the company over the pricing and availability of fuel during the oil crisis of the 1970s became an issue of contention, smaller engines were considered in the interest of fuel economy. A push began for the development of a 3.3 L 180 hp (130 kW) powerplant they had drawn up specs for, but company engineers balked at this suggestion. Both sides finally settled on a 4.5 L, DOHC 16-valve V8 producing 240 PS (180 kW; 240 hp) (219 hp (163 kW) in North America), which they considered to have an acceptable compromise of performance and fuel economy.
The finished car debuted at the 1977 Geneva Motor Show before going on sale later that year as a 1978 model. Although it won early acclaim for its comfort and power, sales were slow. Base prices were much higher than that of the previous rangetopping 911 model and the 928's front-engined, water-cooled design put off many Porsche purists.
Fuhrmann's replacement, Peter Schutz, decided that the models should be sold side by side, feeling that the 911 still had potential in the company's line-up. Legislation against rear-engined vehicles also did not materialize. Although it never sold in the numbers Fuhrmann envisioned, the 928 developed an avid fan following and enjoyed an eighteen year production run.
Specifications. Body : length/width/height/wheelbase  cm (in) : 445/183/128/250 (175.1/72.3/50.5/98.4); weight : 1450 kg.
Engine : V8 4664 cc, front-mounted, 16 valves, Bosch fuel injection, 5-speed, manual gearbox, rear-wheel drive. Maximum power : 295 bhp at 5900 rpm; torque : 380 Nm at 4500 rpm. Top speed : 245 km/h (152 mph); 0-60 mph : 6.2 sec.