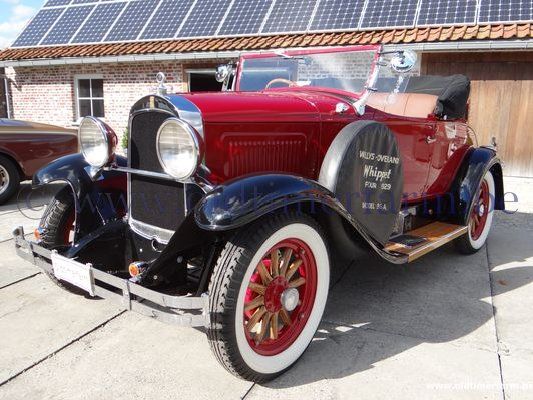 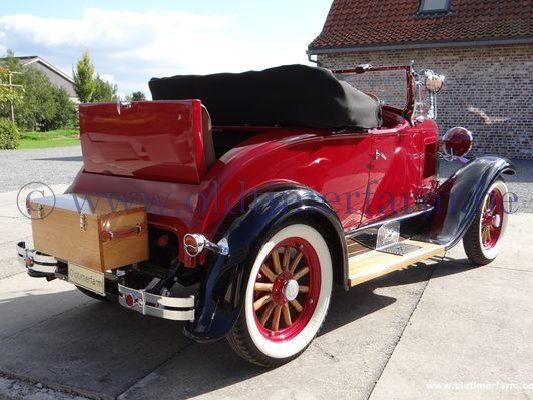 (from Wikipedia, the free encyclopedia) Willys (correctly pronounced "Will-is", but almost universally as "Will-eez") was the brand name used by Willys-Overland Motors, an American automobile company best known for its design and production of military Jeeps (MBs) and civilian versions (CJs) during the 20th century.
In 1908, John Willys bought the Overland Automotive Division of Standard Wheel Company and in 1912 renamed it Willys-Overland Motor Company. From 1912 to 1918, Willys was the second largest producer of automobiles in the United States after Ford Motor Company.
In 1913, Willys acquired a license to build the Charles Knight's sleeve-valve engine which it used in cars bearing the Willys-Knight nameplate. In the mid 1920s, Willys also acquired the F.B. Stearns Company of Cleveland, Ohio and assumed continued production of the Stearns-Knight luxury car as well.
John Willys acquired the Electric Auto-Lite Company in 1914 and in 1917 formed the Willys Corporation to act as his holding company. In 1916, they acquired the Russell Motor Car Company of Toronto, Ontario, Canada, by 1917 New Process Gear, and in 1919 acquired the Duesenberg Motors Company plant in Elizabeth, New Jersey. The New Jersey plant was replaced by a new, larger facility and was to be the site of production for a new Willys Six, but the 1920 recession brought the Willys Corporation to its knees. The bankers hired Walter P. Chrysler to sort out the mess and the first model to go was the Willys Six, deemed an engineering disaster. Chrysler had auto engineers Owen Skelton, Carl Breer and Fred Zeder begin work on a new car, the Chrysler Six.
In 1917 Ward M. Canaday who had been doing advertising for the company became a full time employee of the corporation.
In order to raise cash needed to pay off debts, all of the Willys Corporation assets were on the auction block. The Elizabeth plant and the Chrysler Six prototype were sold to William C. Durant, then in the process of building a new, third empire. The plant would build Durant's low priced Star, while the Chrysler Six prototype would be improved and modified, becoming the 1923 Flint.
Walter Chrysler moved on to Maxwell-Chalmers, where in January 1924 he launched his own version of the six-cylinder Chrysler he had been working on, one still based partially on elements originally developed at Willys. (In 1925 the Maxwell car company would become the Chrysler Corporation).
In 1926, production of the Overland ended and was replaced by the Whippet brand of small cars. Following the stock-market crash of 1929 and the economic depression that soon followed, a number of Willys automotive brands began to falter. Stearns-Knight was liquidated in 1929. Whippet production ended in 1931, its models replaced by the Willys Six and Eight. Production of the Willys-Knight ended in 1933.
At this point Willys decided to clear the boards and produce two new models  the 4-cylinder Willys 77 and the 6-cylinder Willys 99  but the firm was on the verge of bankruptcy again, so only the 77 went into production. They were forced to sell their Canadian subsidiary, itself in weak financial shape, and started a massive reorganization. In it, only the main assembly plant and some smaller factories remained property of Willys-Overland. The rest were sold off to a new holding company that leased some of the properties back to W-O. The company was thus able to ride out the storm.
In 1936 the Willys-Overland Motor Company was reorganized as Willys-Overland Motors. In the 1920s and 1930s, Willys was an unremarkable automaker based in Toledo, Ohio, one of dozens in the U.S. However In 1937 Willys came out with a redesigned four which featured a semi-streamlined body with a slanted windshield, headlamps integrally embedded into the fenders and a one-piece, extremely rounded hood transversely hinged at the rear.
It was one of several bidders when the War Department sought an automaker who could begin rapid production of a lightweight truck based on a prototype designed by American Bantam.
In 1938 Joseph W. Frazer had joined Willys from Chrysler as chief executive. He saw a need to improve the firm's 4-cylinder engine to handle the punishment to which the Jeep would be subjected. This objective was brilliantly achieved by ex-Studebaker chief engineer Delmar "Barney" Roos, who wanted
"an engine that could develop 15 horsepower at 4,400 r.p.m. and run for 150 hours without failure. What he started with was an engine that developed 48 horsepower at 3,400 r.p.m., and could run continuously for only two to four hours. . . It took Barney Roos two years to perfect his engine, by a whole complex of revisions that included closer tolerances, tougher alloys, aluminum pistons, and a flywheel reduced in weight from fifty-seven to thirty-one pounds".[1]
Production of the Willys MB, better known as Jeep, began in 1941, shared between Willys, Ford and American Bantam which had initiated the original Jeep body design. 8,598 units were produced that year, and 359,851 units were produced before the end of World War II. In total, 653,568 military Jeeps were eventually manufactured.
Specifications.
Wheelbase : 262 cm (103 in). Engine : straight-four 2388 cc, front mounted, 8 valves, 1 Tilorson carb, manual 3-speed gearbox, rear-wheel drive. Maximum power : 40 bhp at 3200 rpm.
.