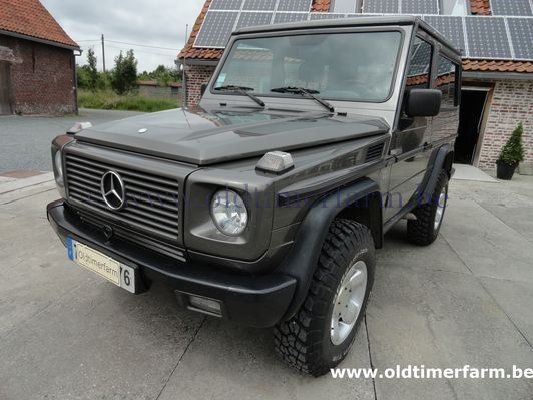 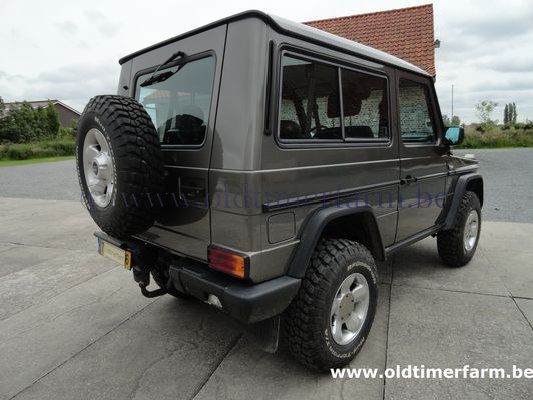 (from Wikipedia, the free encyclopedia) The Mercedes-Benz G-Class or G-Wagen, short for Geländewagen (or cross-country vehicle), is a four-wheel drive vehicle / sport utility vehicle (SUV) produced by Steyr-Puch in Austria in order for German automaker Mercedes-Benz. The G-wagen is characterized by its boxy styling and body-on-frame construction. It utilizes three fully locking differentials, one of the few vehicles to have such a feature.
The G-class was developed as a military vehicle from a suggestion by the Shah of Iran(at the time a great shareholder) to Mercedes [1] and offered as a civilian version in 1979. The G-class replaced the cheaper Volkswagen Iltis in 1990. In this role it is sometimes referred to as the "Wolf" and LAPV Enok. The G-Class has been sold under the Puch name in certain markets, and the Peugeot P4 is a variant made under license, with a Peugeot engine and different parts.
Despite the introduction of an intended replacement, the unibody crossover SUV Mercedes-Benz GL-Class in 2006, the G-Class is still produced and is expected to continue in production. An interior face lift is possibly in the works for the G-Class, so there is no set date for when this car will cease production.
The chassis was revised for 1990 as the 463 with anti-lock brakes, full-time 4WD and a full trio of electronically locking differentials. The interior was totally upgraded, finished with wooden accents and optional leather upholstery.
The 463 client had a larger choice of engines, the preliminary apex being the V8-powered 500 GE in 1993. They catered more of a luxury than off-road crowd with front/center/rear differential locks and an even more luxurious cabin. The 500 GE was produced in limited numbers for just two years. All 463 G-Wagens began using Mercedes-Benz's new letter-first naming scheme in 1994.