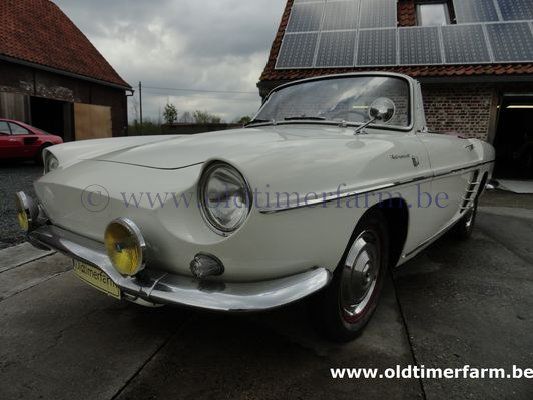 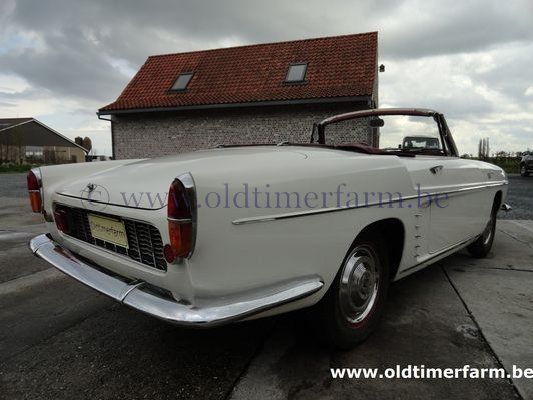 The Renault Caravelle is an automobile which was produced by the French manufacturer Renault between 1958 and 1968. Outside of North America and Britain it was, until 1962,[2] marketed under the nameplate Renault Floride
Renault were envious of the growing success in North America of the Volkswagen Bug/Beetle and were looking for ways they might match the Volkswagen's success with their own Renault Dauphine. At a convention of North American distributors that took place in Florida, Renault's US dealers called for the creation of a Dauphine coupé/cabriolet which would improve Renault's image in the critical US market. Renault's chairman, Pierre Dreyfus, agreed, and since the concept had been born at a convention in Florida the car instantly became known within the company as the "Renault Floride".[3] The "Floride" name was considered unsuitable for 49 of the 50 states of the USA, however, since it could have implied disrespect to states other than Florida. For this reason an alternative name, "Caravelle", was from the start used for North America and for other major markets (including the UK) where the principal language was a form of English.[4]
The Floride was unveiled at the 1958 Paris Motor Show. A small rear-engined design by Pietro Frua at Carrozzeria Ghia, it used the floorpan and engine of the Renault Dauphine sedan. It was offered as a 2+2 coupe, a 2+2 cabriolet and as a convertible, the latter being a cabriolet with a removable hardtop.[1] Renault marketed a performance version, engineered by Amedee Gordini, which produced 40 hp (30 kW) as opposed to the standard model's 35. The Floride was launched in the United States and Canada as the Renault Caravelle a year after its introduction in Europe.
Specifications
Bodywork length/width/height/wheelbase  cm (in) : 426/157/131/227 (167.7/61.8/51.6/89.3); weight : 760 kg (1677 lb).
Engine. Straight 4 843 cc (52 ci), rear mounted, 8 valves, 1 carburettor, manual 4 speed gearbox, rear-wheel drive. Maximum power 37 bhp @ 5200 rpm; torque : 59 Nm @ 3300 rpm. Top speed : 137 km/h (85 mph).