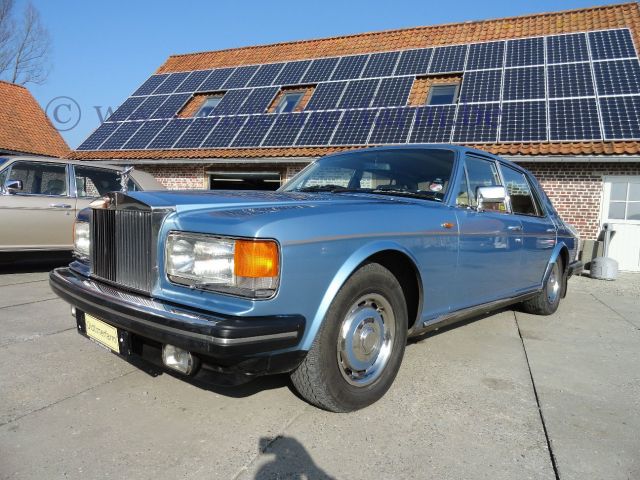 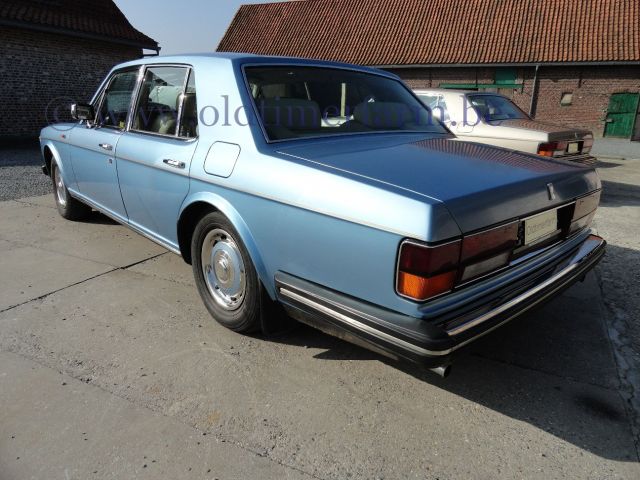 (from Wikipedia, the free encyclopedia) The Silver Spirit is a British saloon automobile made by Rolls-Royce Motor Cars, in England. It was launched in 1980.
The Silver Spur was a long-wheelbase version of the Silver Spirit, produced at the same time. The Spirit was the first car to feature the retractable Spirit of Ecstasy. The spring-loaded Mascot sank into the radiator shell if dislodged from its position.
The Silver Spirit, introduced by Rolls-Royce in 1980, was the first of a new generation of models for the company. It formed the basis for the Flying Spur, Silver Dawn, Touring Limousine, and Park Ward. The same chassis was also used by sister company, Bentley for their new Mulsanne/Eight series. The entire line was replaced with the BMW-powered Silver Seraph and the Bentley Arnage in 1998.
The new car was not entirely new  it shared the basic floor pan of the Silver Shadow as well as that car's 6.75 L (6750 cc/411 in³) V8 engine. The Spur continued with the high degree of ride quality and self-leveling suspension from the Shadow, this time using a Girling automatic hydraulic ride height control system and gas-charged shock absorbers.
Specifications. Body : length/width/height/wheelbase  cm (in) : 527/189/149/306 (207.5/74.4/58.7/120.5); weight : 2250 k (4966 lbs). Engine : V8 6750 cc (412 cid), LPG,  front-mounted, 3-speed, automatic, rear-wheel drive. Power : 210 bhp @ ± 4000rpm. Top speed : 190 km/h (119 mph).