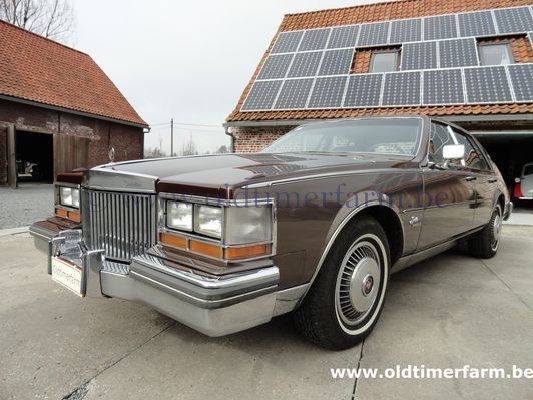 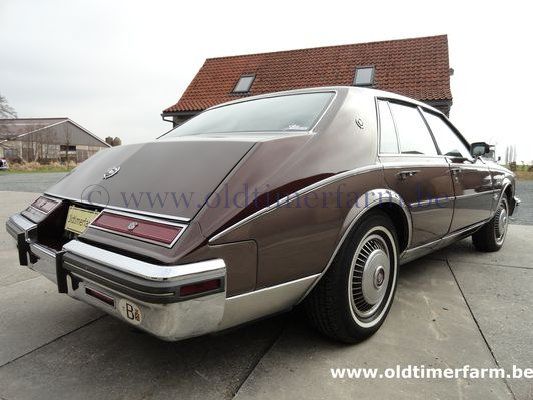 The Cadillac Seville is a luxury-type car that was manufactured by the Cadillac division of American automaker General Motors from 1975 to 2004, as a smaller-sized top-of-the-line Cadillac. The name of "Cadillac's first small car" was selected over a revival of LaSalle and the GM design staff's preference, LaScala, primarily because, notes GM Marketing Director Gordon Horsburgh, "It had no negatives."
For the 1980 model year, Cadillac moved the Seville to the 114 in (2,900 mm) wheelbase K-body, based on the front-wheel drive E-body Eldorado, Buick Riviera and Oldsmobile Toronado. Returning to some of the original concepts floated for the 1975 edition (the March 2008 issue of Collectible Automobile featured an early concept of what evolved into the downsized 1977 Cadillac DeVilles and Fleetwoods  one of the concepts which was withdrawn looks similar to the second-generation Seville), The rear styling was intended to invoke the look of Daimlers of a past era (though British Leyland were building cars with this feature even then). In the U.S., The bustle-back styling was imitated by the 19821987 Lincoln Continental sedan, and the 19811983 Chrysler Imperial coupe.
The new model, one of the last vehicles designed by GM's Bill Mitchell, featured front-wheel drive and independent rear suspension. The Seville initiated features that would become more traditional in later years. In 1981, "memory seats"  a feature not seen on a Cadillac since the Eldorado Broughams of the late 50's  became available again. This option allowed two memorized positions to be recalled at the touch of a button. Also for 1981 was a digital instrument cluster. The "Cadillac Trip Computer" was a precursor to this option in 1979. For the '81-'85 Seville and Eldorado, it was considerably less expensive, at US$200 in '81, and did not contain the many features of Trip Computer, but rather, just a digital speedometer and fuel gauge. "Puncture-sealing" tires were also new for '81. In 1982, Seville offered heated outside rear-view mirrors with the rear defogger option. Inside, a "Symphony Sound" stereo tape system was available. For 1983, a new "Delco/Bose" stereo cassette system was offered at US$895. It featured a brushed gold-look front panel and bulbous lower interior door speaker assemblies giving almost an aftermarket installation look to the system. This was also the last year for the availability of an 8-track stereo system for Seville. On the outside, Seville was available with a "Full Cabriolet Roof" treatment option, which gave Seville the dashing look of a four-door convertible. Cadillac may have provided this due to the popularity of a similar option, available since 1979, on the Lincoln Continental automobiles and Cadillac's own "Phaeton" series of De Ville models in 1978 and 1979.
In hip hop culture, this generation of Sevilles were known as "slantbacks." Sales were respectable at first, but disastrous experimentation with diesel engines (an Oldsmobile sourced 5.7 V8, plagued with head gasket problems) and the ill-fated 1981 V8-6-4 variable displacement engine (1980s technology could not make it work reliably), along with poor quality control and lackluster performance from engines severely detuned to meet more stringent CAFE standards, began to erode the Seville's standing in the marketplace. A new but underpowered 4.1 liter V8 was fitted to post-1981 models. It was prone to the block becoming porous and coolant mixing with the oil, resulting in catastrophic engine failure. Some later cars were also fitted with the 4.1 liter Buick-derived V6, which was a reliable enough engine, but was not designed for fitment to "full size" cars, and performance was rather lacking.
Specifications.
Bodywork. Length/width/height/wheelbase  cm (in) : 518/182/139/290 (203.9/71.7/54.7/114.2); weight : 1896 kg (4180 lb).
Engine. V8 6030 cc (368 ci), front-mounted, 16 valves, 1x4 carbu, rear-wheel drive. Maximum power : 145 bhp @ 3600 rpm; torque : 365 Nm @ 2000 rpm.  Top speed : 180 km/h (112 mph); 0-60 mph in 11 sec.