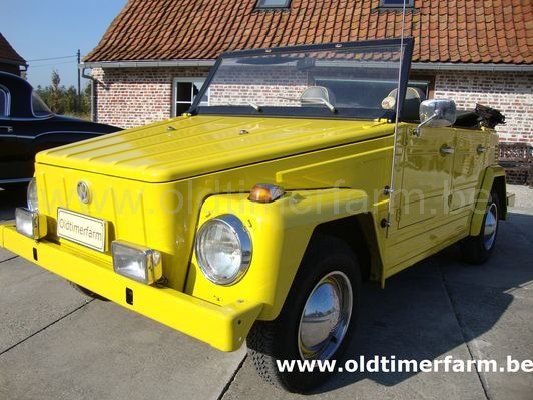 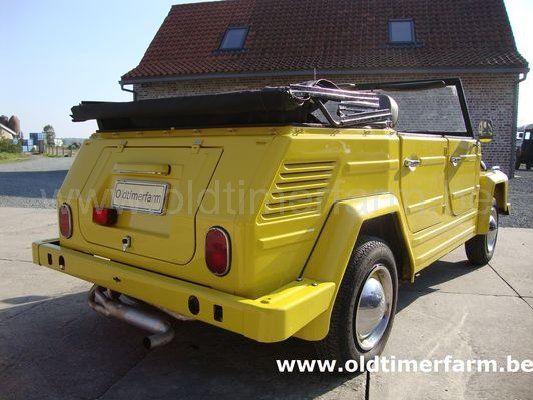 (from Wikipedia, the free encyclopdia)Â  History. During the 1960s, several European governments began cooperating on development of a vehicle known as the Europa Jeep, a lightweight, amphibious four-wheel drive vehicle that could be mass produced for use by various national military and government groups. Development of the vehicle proved time consuming, however, and the German government was in need of a limited number of light, inexpensive, durable transport vehicles that could fulfill their basic needs while the Europa Jeep was being developed and put into production. Although Volkswagen had been approached during the 1950s about building such a vehicle, and had subsequently passed on the proposition, the then-current management of the company saw the project as having some amount of potential as a consumer vehicle; Mexican customers were asking for something that could handle rural roads better than the Type 1, which was a large seller in Mexico at the time, and the popularity of VW-based dune buggies within the U.S. made executives think that a durable, fun, off-road-capable vehicle would become attractive to many buyers. VW could keep cost to a minimum and thus maximize profitability by using existing parts.
Like the World War II era Type 82 KÃ¼belwagen, the Type 181 used mechanical parts and a rear-engine platform, manual transmission and flat-4 engine derived from that of the Type 1. The floorpans came from the Type 1 Karmann Ghia, which had a wider floorpan than the Beetle. Rear swing axle suspension with reduction gearing from the discontinued split-screen Volkswagen Transporter was used until 1973, when it was replaced with the double-jointed axles and semi-trailing arm setup as used on the 1303 and US-spec Beetles.
Civilian sales began in mainland Europe and Mexico during 1971, in the U.S. in 1972 and briefly in Britain in 1975 (Type 182 = RHD) where it failed to sell well and was dropped fairly quickly. The model was dropped from the American lineup for 1975 as it failed to meet new, stricter US safety standards. Notably the Type 181 was reclassified as a passenger vehicle, and thus subject to stricter safety standards. The Windshield Intrusion Rule of the 1975 DOT standard called for a greater distance between the front seat occupants and the front window glass. This change was mandated due to increasing safety standards at the time.
The Europa Jeep was a NATO dream, to have a vehicle where by each European NATO makers all combined to build a light duty patrol vehicle. The Volkswagen 181 was only supposed to fill in, until the time that the Europa Jeep was ready. From 1968 until 1979, over 50,000 Type 181 were delivered to the NATO forces. By 1979 the Europa Jeep project had fallen apart completely and was abandoned, and the German government began supplementing their consumption of 181s with the new front-engined Type 183 Iltis, which featured four-wheel-drive based on the old DKW Munga and some Audi 100 components including engine.
Despite the German government's switch to the Type 183, European and Mexican sales of the civilian 181 continued through 1980, and several organizations, including NATO, continued to purchase military-spec Type 181 units through 1983, finding their reliability and low purchase and maintenance costs attractive.
Specifications.
Body. Length/ width/height/wheelbase â cm (in) : 378/164/162/240 (148.8/64.5/63.8/94.5); weight : 900 kg (1986 lb).
Engine. Flat-four 1584 cc, rear-mounted, 1 carb, 8 valves. Manual 4-speed gearbox, rear-wheel drive. Maximum power : 48 bhp @ 3800 rpm; torque : 98 Nm @ 2000 rpm. Top speed : 115 km/h (71 mph).