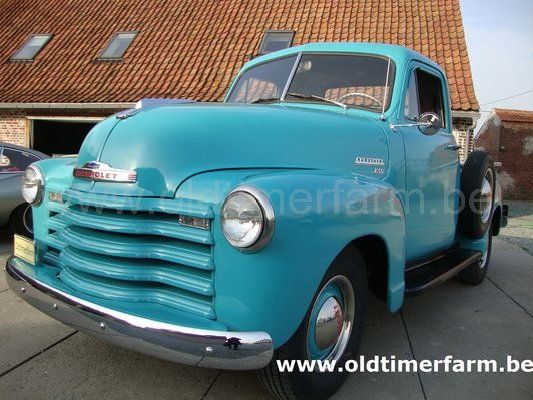 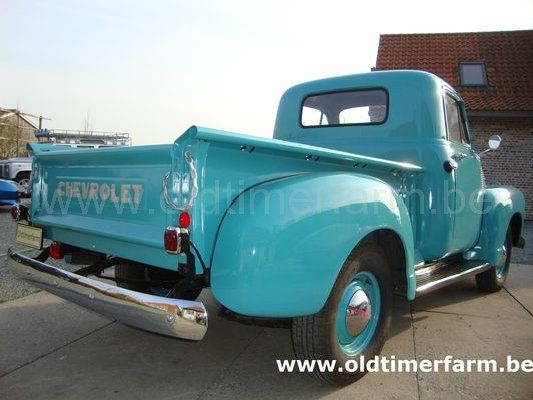 After extensive research regarding what business owners wanted in a new truck, Chevrolet's designers penned the new Advanced Design Era truck, wÃ®th a completely welded cab that was eight inches wider and seven inches longer, offering their first three-man seat that was fully adjustable. A new, larger windshield and bigger side and rear windshield vastly improved safety and drivability. Higher and wider cab doors made entry and exit easier. Another new feature that further contributed to driver comfort and safety was a fresh-air heater/defroster system that brought fresh outside air into the cab and forced used air out through vents at the rear of the cab.
In 1950, the 216.5 cubic-inch six was tweaked to put out 92 horsepower at 3,400 rpm and 176 ft-lbs of torque at 1,500 rpm. These trucks continued into 1955 and remained on sale until March 25, 1955, when all-new early V-8 pickup trucks were announced by Chevrolet.
It should come as no surprise that Chevrolet pickups were number one in sales during every year of the Advance Design Era, and this 1950 3100-series Chevy pickup is one of the most desirable models from that era.
Specifications. Length 499 cm, wheelbase 348 cm. Engine : front inline 6 cylinders 3850 cc (235 cu in), 1 Rochester carb, manual 4-speed gearbox, maximum power : 90 hp @ 3300 rpm, torque : 239 Nm @ 1500 rpm.