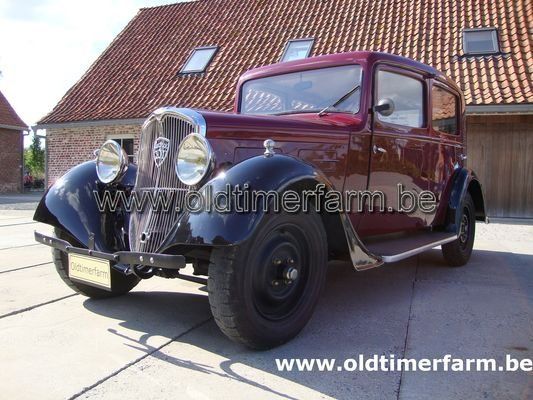 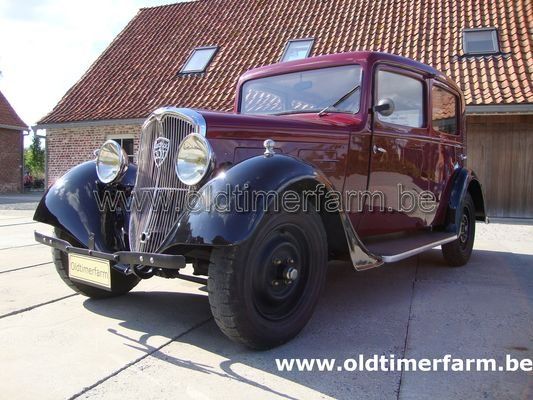 (from Wikipedia, the free encyclopedia)  The Peugeot 301 is mid-size four cylinder engined automobile produced by Peugeot between 1932 and 1936. It is also the name of the car which will replace the Peugeot 308 in the mid-2010s,[citation needed] since 309 has already been used for a previous model. The original 301 can be seen as a belated replacement for the Peugeot 177, although the 177 had not been offered for sale since 1928: the 301 can therefore also be seen as a return by Peugeot to a market segment which it had in recent years left to other auto-producers. The much more modern looking Peugeot 302, introduced in 1936, replaced the 301.
The 301C saloon produced in 1932 and 1933 featured a six light (three windows on each side) four door boxy body, with space at the back for a separate luggage box / trunk. Slightly longer boded versions without the separate luggage box were also available. The 301 CR introduced to the Sochaux lines after the summer break of 1933 was fractionally less boxy, but the principal change to the look of the saloon came with the introduction in 1934 of the 301D. This was still a six light saloon, but now featured a sloping tail which cautiously adumbrated the streamlining of the Peugeot 402 and 302 which appeared during the next two years. It is clear that a wide range of four door bodied 301s constructed on the same standard chassis were also produced. There were in addition various two door versions which in modern parlance would be described as coupes and cabriolets. Also offered was the 301T a commodious looking commercial version with a tall boxy van body replacing the usual passenger cabin section directly behind the B pillar. Because of the way the shapes of the Peugeot 301 changed during its model life, it may be tempting to see it as a series of different models. However, the name ‘301’ remained constant as did the configuration of the engine which was a four cylinder water cooled unit of 1465 cc. A maximum output of 35 bhp (26 kW) at 4000 rpm was stated for the 301D, with passenger car maximum speeds of between 80 km/h (50 mph) and 100 km/h (62 mph) according to body type. For the much taller 301 van the maximum did not exceed 70 km/h (44 mph). An electric starter motor was included, although, as was normal at the time, provision for manual cranking remained. The 301 was based on the underpinnings of the commercially more successful Peugeot 201, originally introduced in 1929. The rear wheels were driven via a three speed manual transmission. There was no synchromesh. The drum brakes were cable operated. The lights, controlled from a knob in the middle of the steering column, operated on a twelve volt electrical system.
Specifications.
Body : length/width/height/wheelbase –cm (in) : 415/155/166/272 (163.4/61/67/107.1), weight : 1050 kg (2317 lb).
Engine. Front-mounted Inline 4 cylinders 1465 cc (89 ci), manual 3-speed gearbox, rear-wheel drive. Maximum power : 34 bhp @ 4000 rpm top speed : 90 km/h (56 mph).