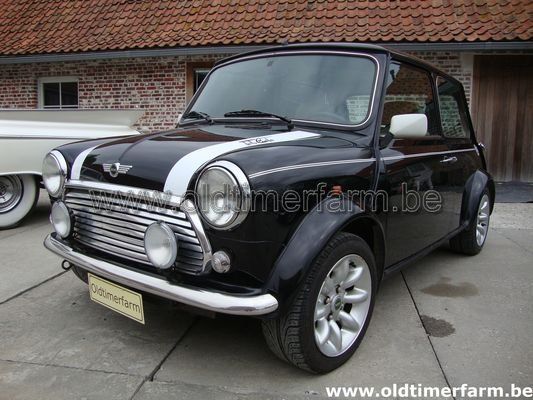 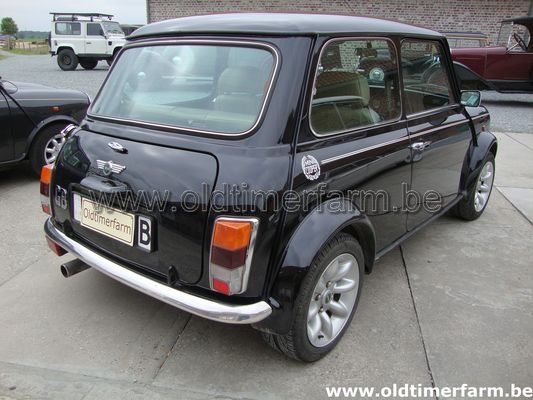 0032 472 40 13 38
MAIL US
VISIT US
FIND US AT EVENTS
Make Mini
Model Cooper 1.3 John Cooper Works
Type berline
Construction year 1999
KM 40000
Cilinder displacement 1275
Gears manual
Steering left hand drive
(from Wikipedia, the free encyclopedia)  The Mini is a small car that was made by the British Motor Corporation (BMC) and its successors from 1959 until 2000. The original is considered a British icon of the 1960s, and its space-saving front-wheel-drive layout (that allowed 80% of the area of the car's floorpan to be used for passengers and luggage) influenced a generation of car-makers. The vehicle is in some ways considered the British equivalent to its German contemporary, the Volkswagen Beetle, which enjoyed similar popularity in North America. In 1999 the Mini was voted the second most influential car of the 20th Century, behind the Ford Model T.
This distinctive two-door car was designed for BMC by Sir Alec Issigonis. It was manufactured at the Longbridge and Cowley plants in England, the Victoria Park / Zetland British Motor Corporation (Australia) factory in Sydney, Australia, and later also in Spain (Authi), Belgium, Chile, Italy (Innocenti), Portugal, South Africa, Uruguay, Venezuela and Yugoslavia. The Mini Mark I had three major UK updates: the Mark II, the Clubman and the Mark III. Within these was a series of variations including an estate car, a pickup truck, a van and the Mini Moke—a jeep-like buggy. The Mini Cooper and Cooper "S" were sportier versions that were successful as rally cars, winning the Monte Carlo Rally four times from 1964 through to 1967, although in 1966 the Mini was disqualified after the finish, along with six other British entrants, which included the first four cars to finish, under a questionable ruling that the cars had used an illegal combination of headlamps and spotlights. Initially Minis were marketed under the Austin and Morris names, as the Austin Seven and Morris Mini Minor, until Mini became a marque in its own right in 1969. The Mini was again marketed under the Austin name in the 1980s.
The Mark III Mini had a modified bodyshell with enough alterations to see the factory code change from ADO15 to ADO20 (which it shared with the Clubman). The most obvious changes were larger doors with concealed hinges. Customer demand led to the sliding windows being replaced with winding windows—although some Australian-manufactured Mark I Minis had adopted this feature in 1965 (with opening quarterlight windows). The suspension reverted from Hydrolastic to rubber cones as a cost-saving measure. (The 1275 GT and Clubman would retain the hydrolastic system until June 1971 when they, too, switched to the rubber cone suspension of the original Minis.
Specifications. Bodywork : length/width/height/wheelbase – cm (in) : 305/144/135/204 (120/57/80/54); weight : 695 kg (1531 lb).
Engine : front 4-cylinders 1275 cc (77.8 ci), 4-speed manual, rear-wheel drive. Maximum power : 63 bhp @ 5700 rpm. Top speed : 148 km/h (92 mph).