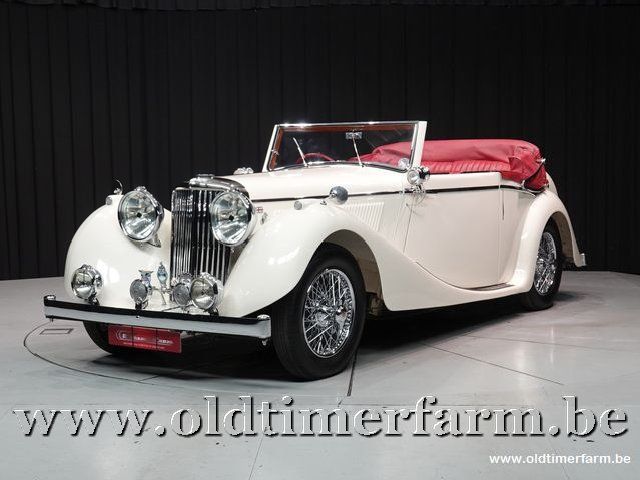 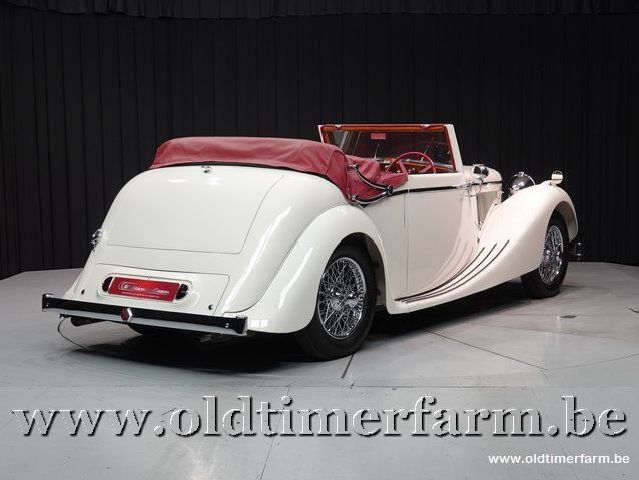 The manufacturer's name 'SS Cars' used from 1934 maintained a link to the previous owner, Swallow Sidecar,  founded in 1922 by Walmsley and Lyons to build motorcycle sidecars. In March 1945 the S. S. Cars shareholders agreed to change the name to Jaguar Cars Ltd.

In common with many products of the thirties the adoption of an animal name was deemed appropriate and the model name "Jaguar" was given to a new SS saloon car in 1935, and then to all new SS models.

The '100' was for the theoretical 100 mph maximum speed of the vehicle. See the XK 120 (120 mphj), XK 140 (140 mph) and XK 150 (150 mph).    In mid 1936 the first version of the Jaguar mascot was reputedly described by Sir William Lyons, founder of the company, as "looking like a cat shot off a fence". A later publicity photograph of the new Model 100 "Jaguar" (registration mark CKV 250) parked outside the offices of SS Cars Ltd in early 1937 shows a revised Jaguar 'leaper' mounted on the radiator cap. It is this more stylised 'leaper' that became the trade mark for Jaguar Cars, Ltd., remaining in use to this day.