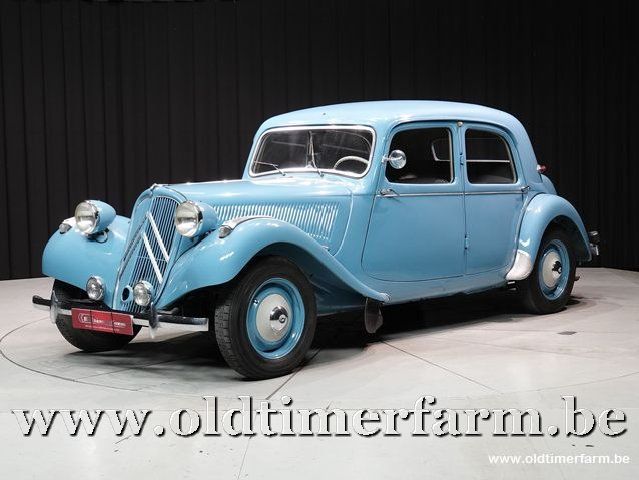 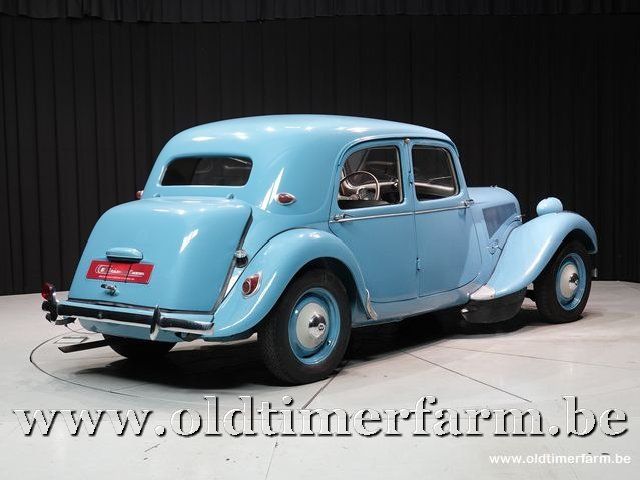 (from Wikipedia) The Traction Avant, French for "forward traction", was designed by André Lefèbvre and Flaminio Bertoni in late 1933 / early 1934. While not the first production front wheel drive car - Alvis built the 1928 FWD in the UK , Cord produced the L29 from 1929 to 1932 in the United States and DKW the F1 in 1931 in Germany - it was the world's first front wheel drive steel monocoque production car. Along with DKWs 1930s models, the Traction successfully pioneered front wheel drive on the European mass car market.The Traction Avant's structure was an arc-welded monocoque (unitized body). Most other cars of the era were based on a separate frame (chassis) onto which the non-structural body ("coachwork") was built. Monocoque construction (also called Unit Body or "Unibody" in the US today) results in a lighter vehicle, and is now used for virtually all car construction, although body-on-frame construction is still suitable for larger vehicles such as trucks.This method of construction was viewed with great suspicion in many quarters, with doubts about its strength. A type of crash test was developed, taking the form of driving the car off a cliff, to illustrate its great inherent resilience. The novel design made the car seem very low-slung relative to its contemporaries — the Traction Avant always possessed a unique look, which went from appearing rakish in 1934 to familiar and somewhat old fashioned by 1955.The suspension was very advanced for the car's era. The front wheels were independently sprung, using a torsion bar and wishbone suspension arrangement, where most contemporaries used live axle and cart-type leaf spring designs. The rear suspension was a simple steel beam axle and a Panhard rod, trailing arms and torsion bars attached to a 3-inch (76 mm) steel tube, which in turn was bolted to the "monocoque".Since it was considerably lighter than "conventional" designs of the era, it was capable of 100 km/h (62 mph), and consumed gasoline / petrol only at the rate of 10 litres per 100 kilometres (28 mpg-imp; 24 mpg-US).The development costs of the Traction Avant, combined with the redevelopment of its factory, were very high and Citroën declared bankruptcy in late 1934. The largest creditor was Michelin, who then owned Citroën from 1934 until 1976. Under Michelin, Citroën was run as a research laboratory, a test bed for their radial tires and new automotive technologies.In 1954 Citroën's experiments with hydropneumatic technology produced its first result, the "15H"—a variant of the 6-cylinder model 15 with a self-leveling, height-adjustable rear suspension, a field trial for the revolutionary DS released the following year.Directly after the introduction of the Citroën ID, a simplified and more competitively priced version of the still revolutionary DS, production of the Traction Avant ended in July 1957. Over 23 years, 759,111 had been built, including 26,400 assembled in Slough in England, 31,750 assembled in Forest near Brussels and 1,823 assembled at Cologne in Germany. The total reflects the production stoppage during World War II.