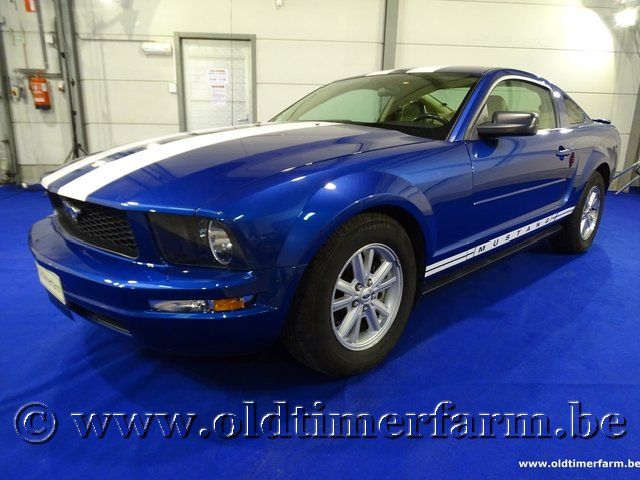 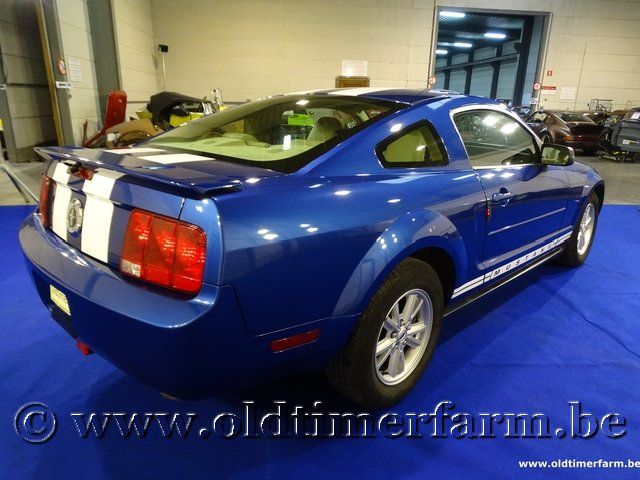 The Mustang created the "pony car" class of American automobiles—sports car-like coupes with long hoods and short rear decks —and gave rise to competitors such as the Chevrolet Camaro, and Pontiac Firebird, AMC Javelin, as well as Chrysler's revamped Plymouth Barracuda and the first generation Dodge Challenger. The Mustang is also credited for inspiring the designs of coupés such as the Toyota Celica and Ford Capri, which were imported to the United States.

The Ford Mustang was brought out five months before the normal start of the 1965 production year. The earliest versions are often referred to as 1964½ models, but VIN coded by Ford and titled as 1965 models with production beginning in Dearborn, Michigan on March 9, 1964 and the new car was introduced to the public on April 17, 1964 at the New York World's Fair.

Executive stylist John Najjar Ferzely, who was a fan of the World War II P-51 Mustang fighter plane, is credited by Ford to have suggested the name. John Najjar Ferzely co-designed the first prototype of the Ford Mustang known as Ford Mustang I in 1961, working jointly with fellow Ford stylist Philip T. Clark. The Mustang I made its formal debut at the United States Grand Prix in Watkins Glen, New York on October 7, 1962, where test driver and contemporary Formula One race driver Dan Gurney lapped the track in a demonstration using the second "race" prototype. His lap times were only slightly off the pace of the F1 race cars.

An alternative view was that Robert J. Eggert, Ford Division market research manager, first suggested the Mustang name. Eggert, a breeder of quarterhorses, received a birthday present from his wife of the book, The Mustangs by J. Frank Dobie in 1960. Later, the book's title gave him the idea of adding the "Mustang" name for Ford's new concept car. The designer preferred Cougar or Torino (and an advertising campaign using the Torino name was actually prepared), while Henry Ford II wanted T-bird II. As the person responsible for Ford's research on potential names, Eggert added "Mustang" to the list to be tested by focus groups; “Mustang,” by a wide margin, came out on top under the heading: "Suitability as Name for the Special Car." The name could not be used in Germany, however, because it was owned by Krupp, which had manufactured trucks between 1951 and 1964 with the name Mustang. Ford refused to buy the name for about US$10,000 from Krupp at the time. Kreidler, a manufacturer of mopeds, also used the name, so Mustang was sold in Germany as the "T-5" until December 1978.

Ford introduced a redesigned Mustang at the 2004 NAI Auto Show, codenamed "S-197," that was based on the new D2C platform. Developed under the direction of Chief Engineer Hau-Thai-Thang, a veteran engineer for Ford's IndyCar program under Mario Andretti, and exterior styling designer Sid Ramnarace , the fifth-generation Mustang's styling echoes the fastback Mustang models of the late-1960s. Ford's senior vice president of design, J. Mays, called it " retro-futurism". The fifth-generation Mustang was manufactured at the Flat Rock Assembly Plan in Flat Rock, Michigan.