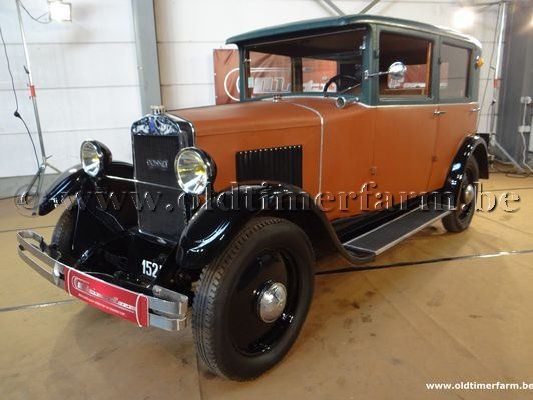 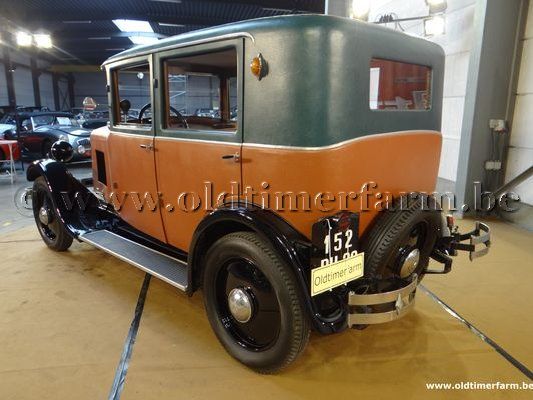 0032 472 40 13 38
MAIL US
VISIT US
FIND US AT EVENTS
Reference ch. 5210
Make Donnet
Model G2 Deuxième Type Berline Weymann
Type berline
Construction year 1927
KM 50111
Cilinder displacement 1100
Gears manual
Steering left hand drive
Donnet was a French manufacturing company of the early twentieth century. Founded as Donnet-Denhaut by Jérôme Donnet (formerly of Donnet-Lévêque) and François Denhaut at Neuilly-sur-Seine in 1914, the firm manufactured a highly successful line of patrol flying boats (the Donnet-Denhaut flying boat series) for the French Navy. The company became known simply as Donnet after designer Denhaut left it in 1919 (replaced by Maurice Percheron), but did not continue to build aircraft for long afterwards. Jérôme Donnet purchased Automobiles Zedel of Pontarlier, Doubs, France and changed the name of the enterprise to Donnet-Zedel. From this factory he made the Donnet-Zedel CI-6 with 2120 cc engine, a design originating from 1912. A new car, the 1098 cc Type G was introduced in 1925 and it sold well, helping Donnet to become France's fourth largest car maker in 1927. [1] The Type G was made in a former Donnet aircraft factory at Gennevilliers, Seine. The Pontarlier works was sold in 1928 and the Zedel part of the name was dropped. Donnet also bought another factory at Nanterre, Seine from Vinot et Déguingand which although small had room for expansion. An expanded range of cars appeared in the late 1920s and early 1930s including six-cylinder models but the great days were over and production ended in 1934. The factory at Nanterre was sold to SIMCA in 1935. Most of the cars produced by Zédel, Donnet-Zédel and Donnet were powered by four-cylinder engines. The Zédel engine had a displacement of 3168 cc, and the Donnet-Zédel 1100 or 2120 cc. One of the best models was a Donnet with a 2540 cc six-cylinder side-valve engine. Donnet was bankrupt in 1934 and the factory was bought by Piggozzi, who produced there the first Fiat-Simca. Specifications. Wheelbase : 263 cm (103.5 in) Engine : straight-four 1098 cc (67 ci), front-mounted Gearbox : Four speed manual Maximum power : 23 bhp at 2400 rpm Top speed : 75 km/h (47 mph)
Read more