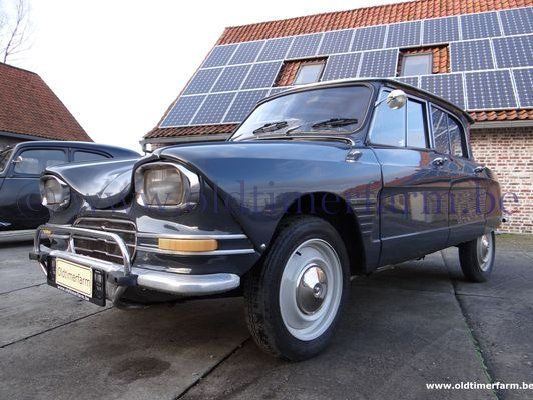 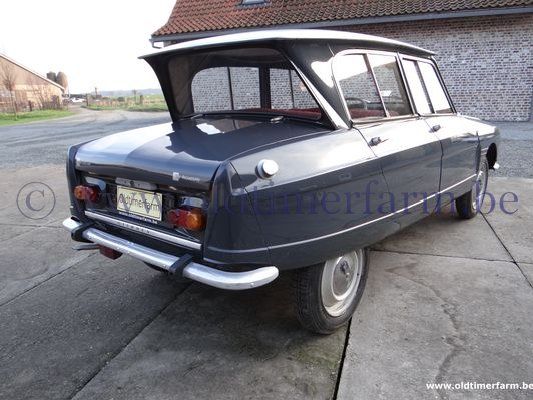 (from Wikipedia, the free encyclopedia) The Citroën Ami is a supermini produced by the French automaker Citroën from 1961 to 1978. The Ami and stablemate Citroën Dyane were replaced by the Citroën Visa and Citroën Axel. The Ami was for some years the best-selling car model in France. Production totalled 1,840,396 units.
Although not its commercial name, in France the Ami was often referred to as the Citroën 3CV Trois chevaux, or "three horses", CV originally being the initials for "chevaux-vapeur" (horsepower - lit. 'steam horses'), but used here for "chevaux fiscaux" in short. The "cheval fiscal" was a French fiscal unit based on engine size ; smaller CV usually meant economical cars. The 602 cc engine of the Ami was fractionally above the upper limit for the 2 CV taxation class. The 3CV nickname differentiated the car in the market place from the long established Citroën 2CV, but was never applied to the Ami 8, only to the Ami 6.
As with Renault 4, Citroën was responding to a market need for a vehicle slightly larger and less utilitarian and rustic than the 2CV. The Ami is a rebodied 2CV with certain mechanical upgrades (particularly a larger engine than the 1950s 2cv), to compensate for the added weight. At launch all the cars were powered by an air cooled 602 cc two-cylinder flat engine which was also offered at extra cost in the 2CV from 1961.
The platform chassis and suspension is similar to the 2CV, being independent all round using leading and trailing arms and coil springs interconnected front to rear. For a detailed suspension description see Citroën 2CV.
The Ami's seats were easily removable. Sales pitches of the Ami included photographs of the seats being used as picnic chairs.
The Ami and the 1961 Ford Taunus were the first vehicles with rectangular (as opposed to round) headlamps.
The car went on sale in France in the Spring of 1961, and already the manufacturer felt obliged to implement some simple upgrades in time for the October Paris Motor Show only six months later. The most visible upgrade involved the replacement of the fixed windows on the rear doors with two part horizontal sliding windows similar to those already fitted on the front doors.[4] Nevertheless, sales in the early years seem to have been disappointingly low. The Ami's first full year of production was 1962, during which only 85,358 of the cars were sold, while the thirteen year old 2CV managed 144,759 sales during the same twelve month period. Although the Ami had a modern body, it shared the aggressively minimalist underpinnings of the older car, and in the market place this made it hard to justify for the Ami a starting price which, at the end of 1961, was 35% higher.
Specifications.
Bodywork. Length/width/height/wheelbase  cm (in) : 394/152/152/240 (155/49.5/49.5/94.5); weight : 630 kg (1389 lb).
Mechanics. 2 cylinders, 602 cc (36.7 ci), front, 4 valves, 1 Solex carbu, manual 4-speed gearbox, front-wheel drive. Maximum power : 24 bhp at 4750 rpm; torque : 42 Nm at 3000 rpm. Top speed : 110 km/h (69 mph).