When Errett Lobban Cord joined Auburn as general manager in 1924 the company was in the doldrums, making more cars than it could sell and heading for bankruptcy. From the moment Cord arrived however, the company's fortunes improved markedly. After some Cord-inspired re-styling Auburn sales picked up and the stage was set for the creation of a new automotive empire.

In 1925 Cord arranged for Lycoming straight-eight engines to be installed in the existing six-cylinder chassis and instigated a re-styling programme that saw the new-for-'25 Auburns featuring two-tone colour schemes and a novel belt-line that swept up over the bonnet. Sales doubled for three consecutive years and in 1926 Cord became president of the Auburn Automobile Company.

The eight-cylinder Auburns were soon challenging Stutz for the accolade of 'America's fastest', Al Leamy driving an 8-115 Speedster at 108.46mph over the measured mile at Daytona in 1928 and going on to take the 24 hours record at Atlantic City Speedway. Not only were they outstanding performers, the eight-cylinder Auburns also represented exceptional value for money: at $1,395 the top-of-the-range '31 Speedster was less than half the price of the equivalent Stutz. 'More car for the money than the public has ever seen,' enthused Business Week magazine.

Despite the introduction of the world's cheapest-ever V12, Auburn's fortunes declined through the mid-1930s as Cord's business empire expanded to include Lycoming, Duesenberg, Columbia Axle, and Checker Cab plus interests in shipbuilding and aviation. Against this background Auburn's eight-cylinder line reached its zenith in 1935 with the introduction of the fabulous Gordon Buehrig-styled 851. Sadly, just two years later Cord's empire had crashed and Auburn was gone for good, but few automobile manufacturers can have bowed out with anything approaching the style of the glorious 851. 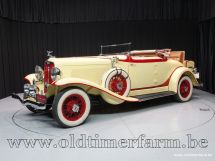 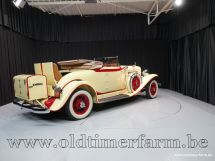