In 1971, Rover, at that time a part of the British Leyland (BL) group, began developing a new car to replace both the Rover P6 and the Triumph 2000/2500.   David Bache designed the car, inspired by the Ferrari Daytona and the Maserati Ghibli.

The new car was designed with simplicity of manufacture in mind in contrast to the P6, the design of which was rather complicated in areas such as the De Dion-type rear suspension. The SD1 used a well-known live rear axle instead. This different approach was chosen because surveys showed that although the automotive press was impressed by sophisticated and revolutionary designs the general buying public was not unless the results were good. However, with the live rear axle came another retrograde step – the car was fitted with drum brakes at the rear.

The car was warmly received by the press and even received the Europeancar of the Year award in 1977.

Between 1976 and 1981 there were some very minor updates to the car including new badging (front and rear) and chrome backed door mirrors - the traditional-style Rover Longship emblem returned for the 1981 model year, thus replacing the 'skeletal' version, although the latter continued to be used on the hubcaps, and indeed a variant of this Rover logo was later used as a hubcap emblem on both the later SD3 Rover 200 and Rover 800 models as late as 1989. The saw the introduction of the then range-topping V8-S model with no mechanical alterations, available in a rather bright metallic "Triton" green amongst others with either gold or silver-painted alloy wheels depending on the body color. Interior specification included air-conditioning, thick luxurious carpets, velour seats and a headlamp wash/wipe system. This now very rare model was replaced in late 1980 with the Vanden Plas (VDP) model, which came with a leather interior as standard

Vanden Plas is the name of coachbuilders who produced bodies for specialist and up-market automobile manufacturers. Latterly the name became a top-end luxury model designation for cars from subsidiaries of British Leyland and the Rover Group.

The business began in 1870 in Brussels, Belgium, initially making axles later producing horse-drawn carriages. It was founded by Guillaume van den Plas, a blacksmith, and his three sons, Antoine, Henri and Willy, who later set up a branch in Paris. In 1884 they moved from Brussels to Antwerp. With increased business they opened a branch in Brussels again in 1890. By 1900, they worked with De Dion Bouton, Berlier, Germain and Packard. By 1908 Carrosseire Van Den Plas had a workforce of 400 men producing 300 special bodies a year, and that soon increased to over 750. The French branch ceased production in 1934 while the Belgian business was active until 1949.

In the 1930s the company supplied coachwork to such as Alvis, Bentley, Lagonda, Daimler, etc.  The company also updated its production methods and took to making small batches of similar bodies. With the outbreak of war in 1939, coachbuilding stopped and the company returned to aircraft work, manufacturing the wooden framework for the de Havilland Mosquito, one of the most successful aircraft of the Second World War.

With peace in 1945 the company looked to restart its old business when a new customer came along.  austin wanted to market a chauffeur-driven version of its in-house-built large 4-litre Rolls-Royce-size A110 Sheerline luxury car and approached Vanden Plas. Vanden Plas became a subsidiary of the Austin Motor Company in 1946 and produced Austin's A120Princess model on the Austin Sheerline chassis.

From 1958, this began to involve chassis assembly and Austin, now BMC, recognised Vanden Plas as a motor manufacturer in its own right by dropping Austin from the name and so enabled Nuffield dealers to sell the Princess. In 1960, the Princess became the Vanden Plas Princess.

Austin was joined in BMC by Jaguar with its new subsidiary Daimler. Production of Princess limousines ended in 1968 when they were replaced with Daimler DS420 limousines (Jaguar had acquired Daimler in 1960) built by Vanden Plas on a lengthened Jaguar Mk X platform. The DS420 was produced at the Kingsbury Lane Vanden Plas factory until it closed in November 1979.

The British Leyland overall holding company board decided in 1967 there were insufficient funds in the group advertising budget to cope with marketing in North America the Daimler brand as well as Jaguar. This decision was later changed but Vanden Plas is used in North America instead of Daimler on Jaguar's top luxury models. Ownership of the Vanden Plas name stayed with the Rover Group  so when Rover was sold Jaguar was obliged to stop using Vanden Plas in the United Kingdom though it continues to do so in America. Within the UK a Daimler Double-Six Vanden Plas became a plain Daimler Double-Six.

In 1992, a Japanese company recreated the Vanden Plas 1100/1300 look on the Nissan Micra K11. This involved replicating the front and rear of the Vanden Plas, complete with two tone paint scheme as sported by the original model in the 1960s.

The last UK market British car to bear the Vanden Plas name was the Rover 75 at the beginning of the 21st century. 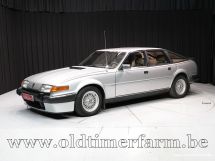 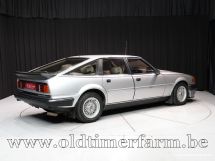