The production car was unveiled at the 2013 Geneva Motor Show, followed by 2013 Essen 'Techno Classica'  Goodwood Festival of speed, and Frankfurt Motor Show.  Ordering of European models began in October 2013 at Alfa Romeo dealerships in Europe.

Delivery of the European Alfa Romeo 4C Launch Edition took place at Balocco (Vercelli, Italy) Test Centre, with vehicles delivered to Pierluigi De Silvestro (Switzerland), Philippe Walch (France), Carlos Diniz (Germany), Aldo Mariani (the Netherlands) and Stefano Zanotti (Italy).[32] In 2018 4C, in its coupé form, will no longer be available in United States. 4C Spider will however continue to be sold there. As of 2019 both models are still in production for the full year at least. For 2020, the 4C Spider was still in production.  In late 2020, a new tribute-edition named 33 Stradale Tributo was announced. 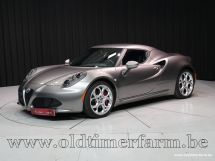 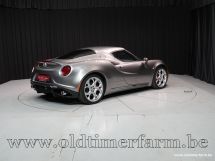