Apart from the displacement increase from 3.4 to 3.5 L, the major difference between the V8 engine in the 348 and F355 is the introduction of a 5-valve cylinder head. This new head design allowed for better intake permeability and resulted in an engine that was considerably more powerful, producing 380 PS (279 kW; 375 hp).

The frame is a steel monocoque with tubular steel rear sub-frame with front and rear suspensions using independent, unequal-length wishbones, coil springs over gas-filled telescopic shock absorbers with electronic control servos and anti-roll bars. The car allows selection between two damper settings, "Comfort" and "Sport". Ferrari fitted all road-going F355 models with Pirelli tires, size 225/40ZR 18 in front and 265/40 ZR 18 in the rear. Although the F355 was equipped with power-assisted steering (intended to improve low-speed drivability relative to the outgoing 348), this could optionally be replaced with a manual steering rack setup by special order.

Total production of 11,273 units made the F355 the most-produced Ferrari at the time. This sales record would be surpassed by the next generation 360 and later, the F430. 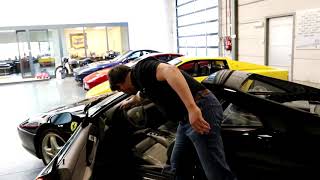 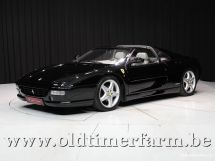 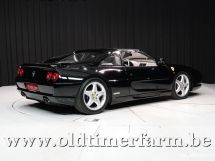