In 1978, Porsche introduced the '911SC'.  The "SC" designation had been also used for the 356SC (as distinguished from the race engined 356 Carrera). There was no Carrera version of the 911SC. It featured a 3.0-liter engine with Bosch K-Jetronic fuel injection and a 5-speed 915 transmission.  The original power was 180 bhp, later 188 bhp and in 1981 increased to 204 bhp. In 1981 a Cabriolet concept car was introduced at the Frankfurt Motor Show. Not only was the car a true convertible (and not a targa), the first one since the 356 of the mid-1960s. It proved very popular with 4,214 sold in its introductory year, despite its premium price relative to the open-top targa. Cabriolet versions of the 911 have been offered ever since.  It was during this time, that Porsche AG decided the long-term fate of the 911. In 1979 Porsche had made plans to replace the 911 with their new 928. Sales of the 911 remained so strong however, that Porsche revised its strategy and decided to inject new life into the 911 editions. 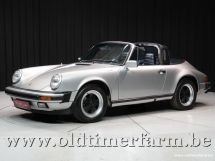 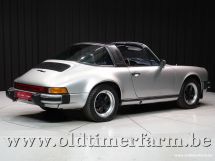